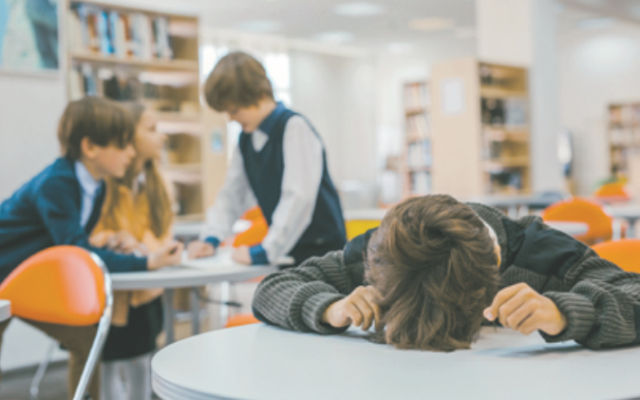 WHAT began as research into Jewish education has ultimately uncovered significant religious bullying in schools across Sydney and Melbourne, including disturbing antisemitic incidents.

Professor Emerita Suzanne Rutland of the University of Sydney and Bar-Ilan University’s Professor Zehavit Gross launched their report this week, titled Special Religious Education in Australia and its Value to Contemporary Society.

Their world-first research included interviews with students and their families from all the major faith groups over two years. Through these interviews they uncovered that students are being bullied in schools because of their faith, and it affects their spiritual, mental, emotional and physical health.

Speaking to The AJN, Rutland said the initial focus of their research was Jewish education in government schools, but the answers that began to emerge from students in voluntary Jewish scripture classes “shocked” them.

“We didn’t ask about antisemitism, but they told us ‘this is a safe place’,” Rutland said.

The most common story students began revealing is what Rutland calls “the coin story”.

“This is where non-Jewish kids throw a coin in front of Jewish kids and say, ‘Go pick it up,'” said Rutland.

“That’s the most common story, but the one that shocked us was in one of the high schools. The boys would go around to the Jewish boys with a pair of scissors and say, ‘Do you want to have another circumcision?’ That’s threatening.”

Then, in more recent years, Jewish students have been subjected to anti-Israel sentiment and horrific Holocaust references.

“I don’t want to give specific examples because they’re very offensive – they trivialise and minimise the Holocaust,” Rutland said.

“As a community in Sydney, and even more so in Melbourne where you’ve got third-generation Holocaust survivors, this is highly offensive to the kids. Saying things like, ‘We’re going to put you into the oven again.’

“Then there was the anti-Israel hate, which we found was stronger in the high schools. We were told that whenever Israel is in the news, that is bad news for our kids.” 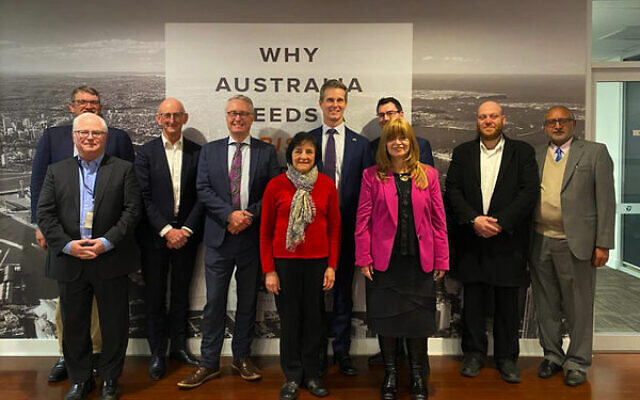 Based on her years-long research, Rutland believes antisemitic incidents at schools have increased recently.

“I think it has, particularly when it comes to Israel, and I call it a very dangerous cocktail of the far left, the far right, and radical Islam,” Rutland said.

In response to the report, NSW Jewish Board of Deputies CEO Darren Bark said, “We are very concerned and unfortunately not surprised by the findings.

“The NSW Jewish community joins with our interfaith partners in calling for this appalling behaviour to be stamped out, and for greater education, awareness and resources to allow schools to better deal with the bullies and their victims.”

Commenting on the findings, Jewish Community Council of Victoria (JCCV) CEO Judy Fetter said, “The JCCV is pleased to note that one of the recommendations of this important report is to educate teachers and principals to respond effectively to religious bullying.

“The JCCV is continuing to work alongside the Victorian Department of Education and Training to develop antisemitism training for school staff. School staff need to be equipped to understand the impacts of religious bullying on students and the need to take decisive action to prevent it.”

Rutland and Gross’s report also cites bullying against Muslim, Hindu and Christian students and this week they have held meetings with key leaders from the different faith groups.

“One of the strengths of Australia is our multicultural society that brings together people from all parts of the world,” said Murray Norman, CEO of Better Balanced Futures, which represents the major faith groups involved in public school religious education.

“This book covers the significant benefits of allowing students to learn about their own faith and the beliefs of others through religious education, and also the importance of teaching respect and addressing religious vilification and bullying with positive strategies for restoration and growth.”

Rutland and Gross are appealing to the United Nations for recognition of religious bullying globally in order to protect children and young people in all countries from this form of abuse.

They are also calling on governments to recognise the need for better education and resources for principals, executive staff, teachers and school communities to counter this type of religious bullying in Australian schools.

“The question is, are we going to ignore or deny it?” Gross said.

“Or are we all going to face it openly?”