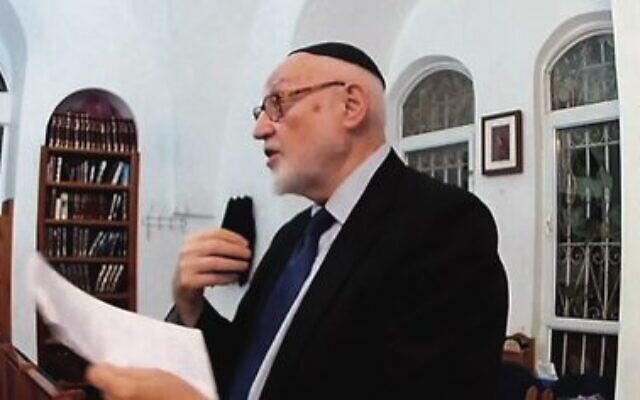 PARENTS, staff and former students of Leibler Yavneh College are mourning the passing of Rabbi Bruce Rachlin, founding principal of its secondary school.

In his 10 years as principal of Yavneh, as it was known then, Rabbi Rachlin spoke to The AJN in 1986, reflecting that what drives educators at the school is the quality of Jewish identity that students take with them through life.

“We must constantly ask ourselves what it means to be a Jew. This is a question that every Jew and every Jewish institution has to address.”

Distinguishing between those who merely consume Judaism and those who contribute back to Jewish tradition, Rabbi Rachlin said the school hoped to foster the latter type.

“We are concerned primarily with the purpose of being a Jew. Being a Jew is to share a view of how our very existence operates and why it works in a certain way. We try to impart a world view in the broadest sense.

“What Torah gives is a framework and a focus to help liberate energies and the full potential a person has. A school should be a true reflection of this framework because it represents the very essence of Jewish life,” he said.

Rabbi Rachlin served as principal from 1978 to 1988. In his retirement, he made aliyah, living in Jerusalem. He wrote Avraham Avinu (Abraham, Our Father), a contemporary study, recently published, which examined the Jewish patriarch’s life through a contemporary lens, including his relationship to Sarah and the nature of his faith.

A Leibler Yavneh spokesperson said, “[He] would be so proud of the school we have become. We wish Rabbi Rachlin’s family arichat yamim [long life].”

From Israel, former Yavneh student Darren Rockman reflected, “I consider myself fortunate to be counted among his many thousands of students. Rabbi Rachlin was the animating spirit behind an ambitious start-up venture that was Yavneh College high school. He brought his family halfway across the world in order to create something new – a modern, Zionist, Orthodox secondary school in Australia, one totally committed to both excellence in education and imbuing students with a deep love and understanding of Israel and Torah.

“I can see him at prayer, tallit over his head, with an authenticity that left an indelible impression,” recalled Rockman. “I can feel the passion with which he taught Chumash.”

Rabbi Rachlin is survived by his wife Joyce, his children Aryeh, Aliza and Michal, his grandchildren and a great-grandchild.