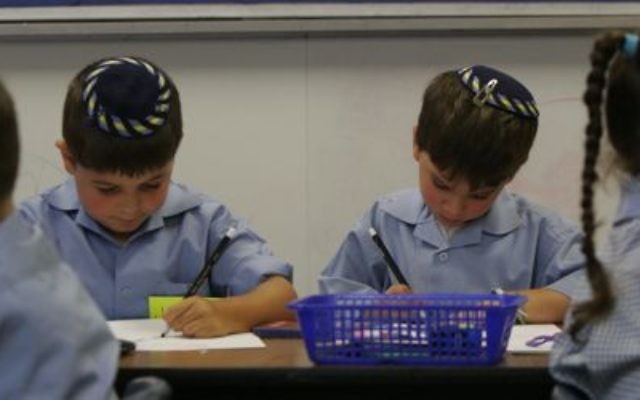 JEWISH schools across Australia could lose funding if the government only implements sections of the Gonski review into school funding.

Analysis of the information by the Association of Independent Schools (AIS) reveals that independent schools could lose up to $3 million; however, chairman of the Australian Council of Jewish schools and AIS NSW director Justice Stephen Rothman said Jewish schools might be okay.

Rothman said you would need to be a prophet to know what parts of the wide-ranging report, if any, the government will implement.

“The single biggest issue is ­recurrent funding for schools because the proposed funding model is based on financial and educational needs.

“How you measure need is an issue that needs to be sorted out because it hasn’t been addressed by the report.”

AIS NSW executive director Geoff Newcombe said that Jewish schools have a reason to be worried.

“We are concerned that the recommended funding model, while still only a work in progress, will result in many independent schools losing funding in real terms if implemented in its current form,” Newcombe said.

“This includes most schools …. under the current system, which is the case for many Jewish schools.”

He said the AIS NSW believes the Gonski panel’s recommendations are, for the most part, quite reasonable, but there is more to do.

“A great deal more work needs to be done on the finer details before we can determine what the future funding levels will be for every school.

“Schools and parents need certainty of funding and need to know that they are not going to face cuts.”

Independent Schools Victoria chief executive Michelle Green said that it is difficult to predict the outcomes of a national funding model. “Some Victorian independent schools show a notional decrease in their funding as a result of the new model, even despite the provision of notional, additional funding.”