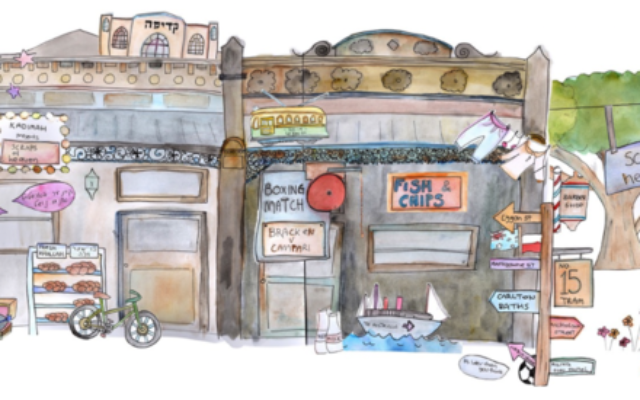 Scraps of Heaven celebrates the post-war immigrant, working class suburb of Carlton. The Kadimah is one of the settings in the novel. And next week, Australia’s premier organisation devoted to the preservation and promotion of Yiddish language and culture will be presenting a stage adaptation of Arnold Zable’s classic novel.

The novel portrays Carlton as it was, a cauldron of multiculturalism, a vibrant neighbourhood populated by newly arrived Italian, Greek and Jewish migrants.

“The Kadimah is one of the many settings in the novel – and the beating heart of 1950s Jewish Carlton, so it is special seeing it come to life on the Kadimah stage,” Zable said.

“It’s very moving. It has been a long creative process, and [it’s] great to see it finally come to fruition.”

Dramatic monologues and live performances capture the richness and diversity of the era, as the audience is transported back in time, hearing the milkman on his delivery run, bearing witness to conflict on the streets, observing the deep pain, and hopes, of an immigrant Jewish family.

The accompanying audio book was produced during successive COVID lockdowns in 2021 and 2022 by Evelyn Krape.

“I wanted to evoke the world of Carlton, with its theatrical characters and people. To visualise rather than to see,” Krape said.

“Arnold Zable’s book Scraps of Heaven has to be one of the great books about place. Carlton comes alive on every page as does the multicultural world which lives within it. It is funny and tragic, evocative and deeply moving told with an ear to the lyricism of music and the seasons.”

Described as a powerful, lyrical celebration of survival, the book, and now performance, is a reminder that indeed, scraps of heaven can be found everywhere.

When asked what he hopes people will feel when experiencing the performance, Zable said he has always wanted to paint an overall picture of the diversity of the time.

“It is so easy to forget what came before us, and made us, and the parallels with what each wave of immigrants has faced in settling in a new land.”

Scraps of Heaven will be performed on December 9, 11 and 12 at Kadimah Jewish Cultural Centre. To book: trybooking.com/835763