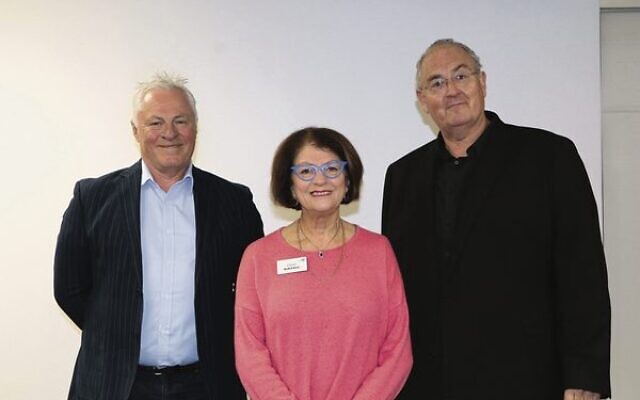 Secord, who is deputy chair of the NSW Parliamentary Friends of Israel, spoke about his introduction of a private bill to ban the use of the swastika in NSW, and the motivations leading him to spearhead the initiative.

He also reflected on the impact of his actions, which have since resulted in four Australian states being on track to legislate against the public display of Nazi symbols.

“The decision to fly or carry a Nazi flag in a public act or at a rally in NSW is a simple expression of hate,” he said.

Secord also called Holocaust survivor Joe Symon and his grandson to give evidence at the Parliamentary Selection of Bills Committee hearing in support of the bill.

At the Courage to Care event, Secord met Symon in person, acknowledging the powerful impact of Symon’s testimony as a living witness to the Holocaust, something which Secord said had a “significant impact” on committee members.