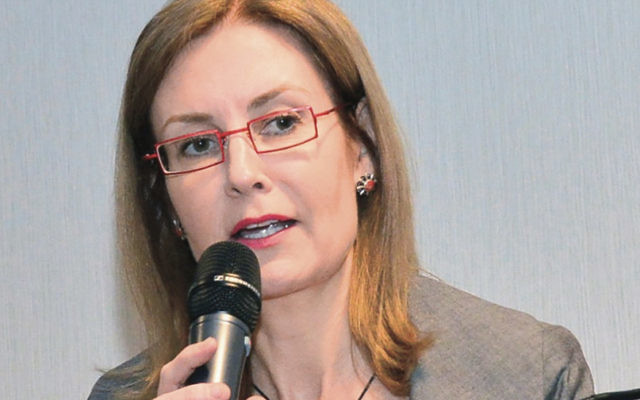 IN 2014, Hizb ut-Tahrir leader Ismail al-Wahwah described Jews as “a hidden evil” and called for a “jihad against the Jews”, but he was not charged.

When a video of the speech became public, and police were still unable to lay charges, then NSW Attorney General Gabrielle Upton admitted that Secion 20D of the Anti-Defamation Act was not working.

Since then, 31 ethnic communities have joined forces to demand changes.

The Jewish, Muslim, Hindu, Sikh, Indian, Chinese, Armenian and Egyptian communities have come together in a rare show of unity.

If the community coming together isn’t enough for the government, then it could always refer to its own parliamentary enquiry, which included Liberal, National, Labor and Greens members of parliament and recommended changes to the Act.

So how has the NSW Government failed to deliver? And what does it say about the Government and Gabrielle Upton?

There are only two logical conclusions to draw. The Government doesn’t care about keeping NSW a safe multicultural society and has kept a law it knows doesn’t work, or Upton was wrong to say the law wasn’t working when she was the Attorney General.

Either way, something is wrong in the halls of NSW Parliament.

The situation is exceptionally confusing and, at this stage, the community can’t understand why the Act isn’t being changed.

There seems to be widespread support from across the community. Surely it should be illegal to call for a jihad against Jews in Australia?

It’s important now that the community does not give up and that we continue to fight for it to be amended.

The NSW Labor Opposition has already announced that if it is elected in 2019 it will implement sweeping changes to make sure that in the future those who incite hatred and advocate violence on the basis of race are charged.

It seems like an obvious change, and something that all governments around the world should support.

The fact that the current NSW Liberal Government does not, is both scary and sad for the community of NSW.