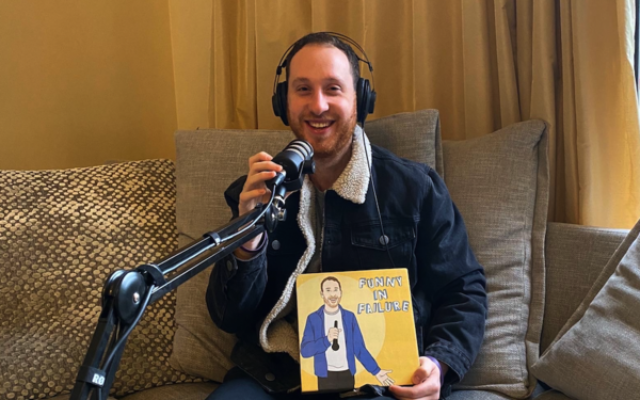 Comedian and screenwriter Michael Kahan studied accounting but very quickly realised it wasn’t the career for him. Perhaps though, it was this experience that put the wheels in motion for his podcast, Funny in Failure.

“I didn’t feel fulfilled. I felt there were a bunch of emotions that came up because I knew a lot of my peers also felt a similar way, but we weren’t really talking about it,” he told The AJN.

It wasn’t until he failed an improv course, that things really became clear for Kahan.

“It made me realise I was going through all of these emotions I’d swept under the rug,” he said.

He started talking to his friends and realised that everyone had similar feelings. Originally, Funny in Failure was only going to be a few podcasts as Kahan attempted to normalise the concept of failure.

“My intention has been and continues to be to use this platform to normalise and encourage the discussion of failure and other ‘taboo’ subjects, particularly through the lens of the entertainment industry, to show that failure can be a stepping stone along the road to success,” he said.

Kahan says that through the podcast he has learnt that everyone’s definition of failure is unique.

When it comes to his guests, Kahan says he’s very careful about who he chooses. Discussing the concept of failure can be tricky and he wants to ensure the listeners are hearing encouraging messaging.

“I want to have uplifting and positive messages in my ears, especially from podcasts,” he admits. “Anyone who has a great story and who wants to grow and spread a positive message is someone I would love to talk to.” 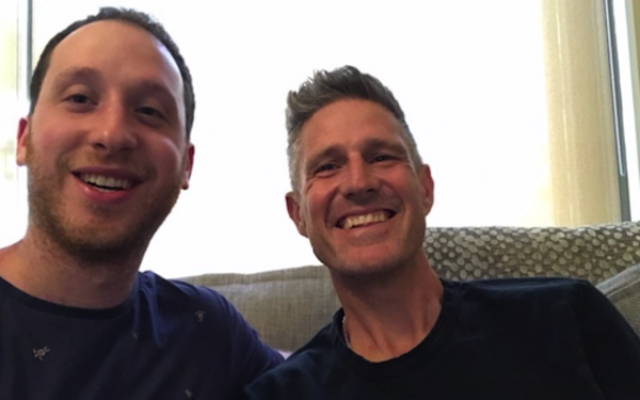 And he has, with guests including Joel McKinnon Miller, who played Brooklyn Nine-Nine’s Detective Norm Scully, John DiMaggio who has voiced some of the most beloved characters on Futurama, The Simpsons and SpongeBob Squarepants, and closer to home, Eddie Perfect and Wil Anderson, among others.

The common thread through each episode is that every person has experienced failure in some capacity, and they have all gone on to find their individual success. He gives the example of internationally acclaimed best-selling author, songwriter and speaker, Bonnie Ware, whose book was rejected by publishers more than 20 times.

Ultimately, Kahan wants his listeners to feel empowered and inspired, wanting them to feel like they can achieve whatever their goal or profession is.

“If someone can fail 100 times and then achieve their goal, no matter how big or small, that keeps me going.”

Funny in Failure is available on all podcast apps. New episodes come out weekly on Monday at 5pm.