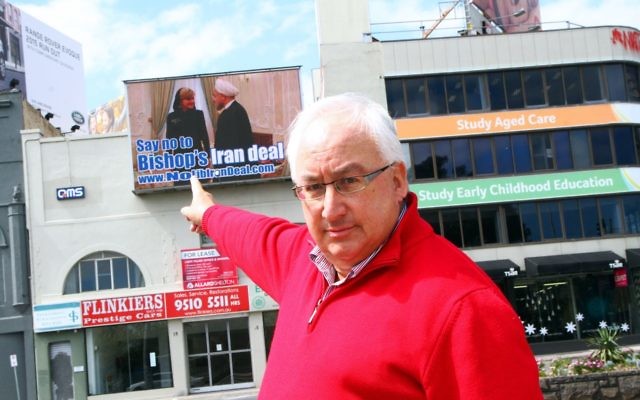 THE Australian government’s decision to lift sanctions on Iran in the wake of last year’s nuclear deal will come under the spotlight in Parliament after Labor this week moved to refer the policy change to a powerful Senate committee.

Labor’s International and Legal Affairs Caucus will refer the government’s suspension of sanctions on Iran to the Senate Foreign Affairs, Defence and Trade Reference Committee, which is chaired by Labor Senator Alex Gallacher, and a hearing is likely to take place “in the next few months”, according to a spokesperson for Danby.

The decision to suspend sanctions on the Tehran regime “came without public consultation and without due process”, said Danby, who has been pushing for a parliamentary debate on the issue for several months.

“There are many questions about Australia’s ever closer ties to the Iranian regime that [Foreign Minister Julie] Bishop has refused to answer. We can now be confident that Australian interests will not be harmed due to her rash decision,” he said.

“Certainly members of the Coalition have expressed to me in private their discomfort about her abrupt turnaround with regards to her Iran policies.

“I believe her back-door method of suspending the sanctions was dishonest and cowardly,” he said.

Bishop’s office had not commented to The AJN regarding the Senate hearing before press time.

The AJN understands one of the aspects of the Senate hearing is that community groups will be invited to make submissions on the matter.

Executive Council of Australian Jewry president Robert Goot said the Jewish roof body “will give careful consideration to making a written submission to the committee to give voice to the Jewish community’s ongoing concerns about the nature of the Iranian regime and the policies it is pursuing, both domestically and in the Middle East region, and the likely effects of the relaxation of sanctions”.

Zionist Federation of Australia president Danny Lamm said he was encouraged by the ALP move, as Iran has repeatedly stated its intention to annihilate Israel “and therefore we would certainly be interested for the Senate to explore matters in relation to Iran”.