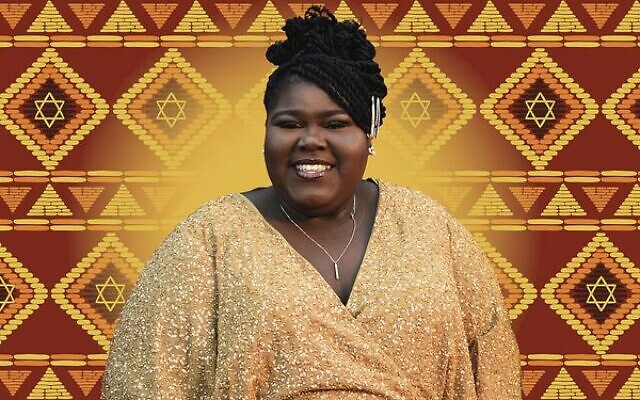 Gabourey Sidibe is getting married!

The actress, who made her acting debut in the 2009 film Precious which earned her several nominations and awards, is engaged to Jewish marketing and branding specialist Brandon Frankel.

The pair met on a dating app and in a recent interview with Brides, Sidibe revealed she’s hoping to have a wedding with a “nice mix of African and Jewish touches”.

Sidibe is of Senegalese descent and said her partner’s heritage is just as important as her own. “I want his background to absolutely be there because this is a partnership,” she continued.

Sidibe also shared that it’s likely she will wear a dress with African print and that the wedding will be small and intimate, with guests completely logged off all devices.

While no plans are concrete, here’s hoping the pair share the pics.