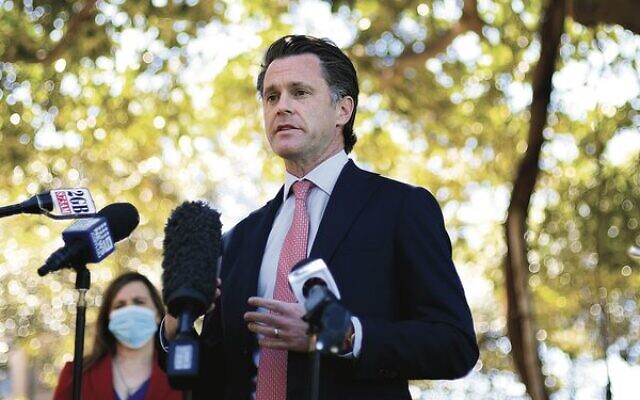 The LIAC motions followed a July 13 Zoom meeting hosted by the Executive Council of Australian Jewry (ECAJ) during which Albanese condemned antisemitism, boycotts of Israel and the apartheid slur, reiterated his support for a two-state solution and endorsed the IHRA definition.

LIAC secretary Byron Danby said it was important to adopt a principled position and support the leadership demonstrated by Albanese and Minns in publicly rejecting “the vile and antisemitic BDS movement”.

“The adoption of the IHRA definition demonstrates how seriously the NSW ALP takes its mission to build a harmonious multicultural NSW and reject all extremism,” he added.

“It is good to see the NSW branch of the Labor Party endorse federal Labor leader Anthony Albanese’s position on the IHRA definition of antisemitism and rejection of the hateful and counterproductive BDS movement,” he said.

The resolutions follow the passing of a motion at the Queensland Labor conference in June accusing Israel of “the routine oppression and dehumanisation of Palestinian people” and “the ethnic cleansing of Palestinians”.

ECAJ co-CEO Peter Wertheim said, “Over the last nine years we have seen how successive ALP conferences have been pressured into moving incrementally further away from its historic sympathy for Israel and the Jewish people.

“It’s refreshing to see a Labor conference adopt resolutions which reverse that trend.”