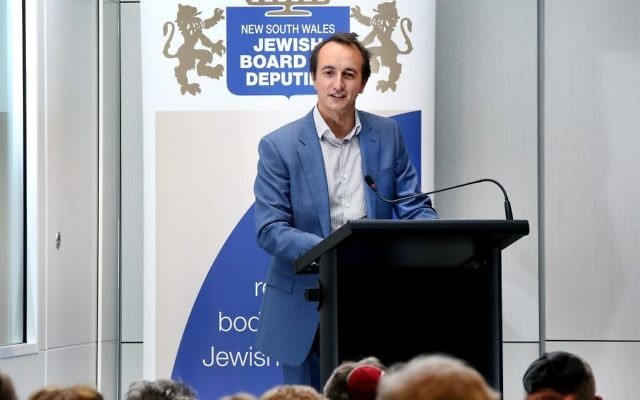 DEFEATED Liberal candidate Dave Sharma says “it would be unfortunate” if the idea of moving Australia’s embassy in Israel to Jerusalem is discredited because of the timing of Prime Minister Scott Morrison’s announcement last week.

Reflecting on the tough Wentworth by-election campaign, Sharma, who served as Australia’s ambassador to Israel from 2013 to 2017, said of the announcement, “I don’t think it helped, I don’t know if it did any harm.

“I have spoken about this issue in public in the past but it wasn’t my initiative to announce it and I think the Prime Minister made that clear,” he said.

He added, “It would be unfortunate if the motive behind it, which is a sound one – that we should reexamine our policies in light of changed international circumstances – was discredited by the timing of when it was announced.”

Sharma said the by-election was always going to be close, with the ousting of former prime minister Malcolm Turnbull “probably the hardest thing to overcome”.

He identified the emergence of a strong well-known independent in Kerryn Phelps as the other main factor.

Responding to criticism of Turnbull for not publicly endorsing him, Sharma said, “Malcolm was helpful and supportive to me through the campaign, sometimes privately and sometimes in public and I appreciated all the support he was able to offer.

“If he’d offered more I would have happily accepted it but I also understand the position he was in.”

He said he wouldn’t rule out seeking preselection again, stating his desire to continue in public service, but would take time to reflect and consult his family.

Meanwhile, Labor candidate Tim Murray said getting closer to the Jewish community “was one of the more enjoyable elements of the campaign”.

Praising last week’s Jewish community candidates’ forum as “fantastic”, he added, “I think I made some great new friends and I would like to be more involved in the Jewish community.”

Responding to claims by some analysts that Labor’s strategy was to let Phelps win, he said he was “quite satisfied” with the level of support he got from the party.

Murray will re-contest the seat at the upcoming federal election, in addition to working with environmental groups on an alternative energy concept and advocating for an Indigenous cultural centre in Wentworth.