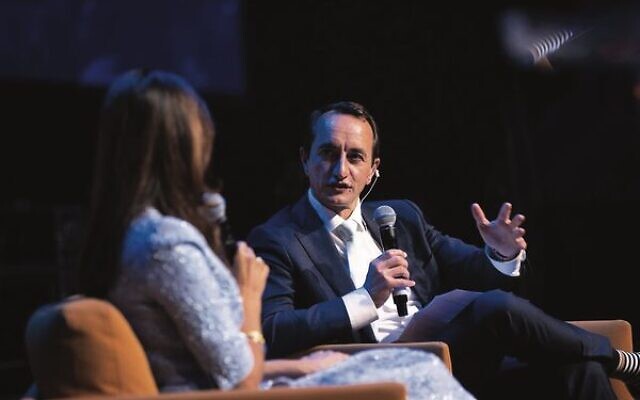 Dave Sharma wasted no time moping after his loss in Wentworth to independent Allegra Spender, appearing in Melbourne on Monday night to interview former US ambassador to the UN Nikki Haley at the Mount Scopus College Foundation gala dinner.

“Moonlighting in a new role,” the former Liberal MP wrote on Facebook.

Earlier in the week, Sharma – a former ambassador to Israel – thanked the people of Wentworth after conceding the seat.

A staunch supporter of the Jewish community and Israel, Sharma was one of six Liberal MPs who lost their seats to teal independents.

Congratulating Spender, he said it had been “a privilege to serve the people of Wentworth”.

“I believe we have achieved much together,” he said.

“Supporting our local businesses and communities through the pandemic. Helping with upgrades to social infrastructure, including schools, hospitals, roads, parks, playgrounds and cycleways. Expanding funding to domestic violence, mental health and homeslessness services.

“At a national level, I am glad to have played a part in Australia adopting a net-zero emissions target by 2050, facilitating the historic and critical AUKUS arrangement, supporting the ratification of free-trade agreements, and helping shape our policy responses to China’s growing assertiveness in our region.

“I put myself forward for elected office … because I believe passionately in Australia and all that we stand for, and because I am committed to making us a better nation in every respect. That commitment and that belief remain undiminished.”

He said Australia “faces a more challenging global outlook than we have seen for several generations”.

“And in the face of such challenges the quality of our political and national leadership will matter greatly,” he said.