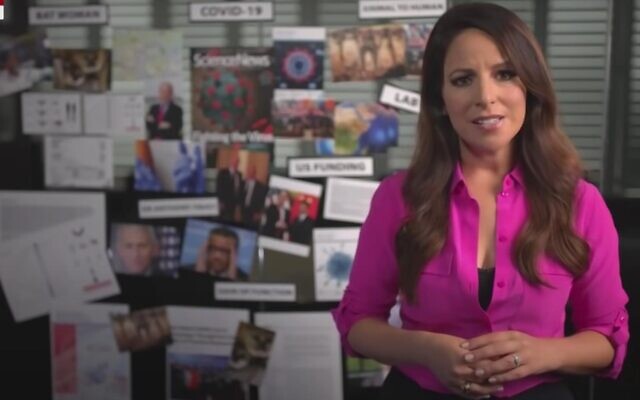 JEWISH Australian journalist and author Sharri Markson has become a hot name in the media in recent weeks as her long-awaited book, What Really Happened in Wuhan, hit the shelves.

The book, which was accompanied by a Sky News documentary, explores the origins of the COVID-19 pandemic, specifically the “lab leak theory” which was widely claimed to be a conspiracy theory until recent months. The release sparked worldwide interest, leading the two-time Walkley Award winner to be interviewed on Good Morning Britain and by TV host Tucker Carlson in the US.

The premiere of Markson’s documentary in the lead up to the book release was the most watched program on Sky News this year, attracting 260,000 viewers.

She commented that the level of interest is “a recognition that our media hasn’t been covering this issue”, pointing out that some news outlets had failed to truly explore the pandemic’s origins.

During her investigation, the Sydney-based Sky News host was able to score an interview with former US president Donald Trump, who revealed in the one-on-one interview that he expects “gross incompetence” may have led to COVID escaping a Wuhan lab.

“I didn’t sleep the night before at all,” she told The AJN. “I was worried that he wasn’t going to show up.

“The moment the interview started, the moment he sat down, I wasn’t nervous at all because – it comes back to him being one of the most famous people in the world – I felt like I already knew him so I was able to be myself,” she said.

The 400-page book, which Markson began writing in February after a year of investigating, recognises the journalists, doctors and whistleblowers in China who “disappeared” while trying to spread awareness of the virus. She told The AJN she appreciates that she was given a platform to be able to acknowledge those who risked their lives to save others.

“It shines a light on things that people have forgotten,” she said.

After a week of obsessively reading her long-awaited book, What Really Happened in Wuhan, I spoke to author @SharriMarkson this morning for @aus_jewishnews

Thank you Sharri for a great conversation and for your investigation.

Story to come in this week’s AJN. #Covid_19 pic.twitter.com/9JYTokw8a6

Through repeated interviews with insiders, including senior US officials in the Trump administration, the journalist said she was able to build relationships with people closest to the former president. Extracting details from officials about phone conversations and emails, Markson was able to give readers a window into what was happening in the most private and confidential of settings.

“I wanted people to feel like they were in the Oval Office with the president when these meetings unfolded about whether to ban travel from China or just how dangerous the virus was, those arguments that were happening,” she told The AJN.

Interviewing dozens of people including politicians, experts and Chinese defectors, Markson said she made lifelong contacts who have invited her to Washington once international travel opens up.

Asked about whether she believes the Chinese government could have released the virus on purpose, Markson said she believes “the evidence points to an accident”, but commented, “You can’t completely rule it out.”

“I think it is really important that I don’t tell people what to think,” she stressed, hoping that her book would help readers shape their own opinion. 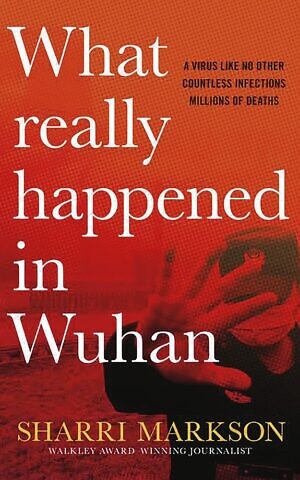 Markson said she dived so deeply into the investigation because there was a plethora of information on the subject and others had failed to investigate it, including the World Health Organisation and the press.

“The more I looked into it the more information I uncovered and it started to unravel,” she reflected, adding, “Sometimes you just become really obsessed with a story or a topic.”

After months of journalists, experts and politicians claiming that the lab leak theory was a conspiracy theory, US President Joe Biden’s 90-day probe earlier this year was revealed to be inconclusive, resulting in both the lab leak theory and the natural origins theory being plausible.

“The media couldn’t ignore it,” said Markson, who had been attacked for her reporting both domestically and internationally, including by Chinese government propaganda newspaper China Daily who tried to discredit Markson’s coverage, publishing a video on Twitter to explain “how she promoted her conspiracy”.

Markson said the investigation is not yet finished and she is dedicated to uncovering the truth and sharing new information in her roles at Sky News, The Daily Telegraph and The Australian.

What Really Happened in Wuhan is published by HarperCollins.