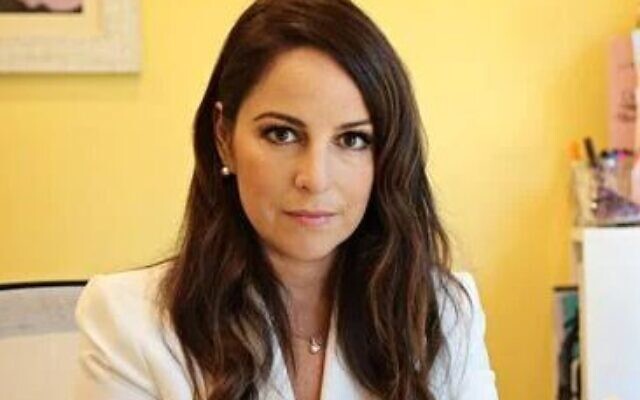 From the age of 11, reporter, editor, Sky News host and now author Sharri Markson knew she wanted to be a journalist.

The daughter of celebrity promoter Max Markson, Sharri grew up in Sydney’s eastern suburbs, attending non-denominational independent school Ascham School for girls. At the age of 16, Markson was racing around as a copy girl at The Sunday Telegraph during the Sydney Olympics and every Saturday following throughout year 11 and 12. She admits that her role consisted of cliche intern tasks. “No one delivers coffees anymore but that’s what I did. I was doing the dry cleaning for senior reporters,” she said.

After leaving the Telegraph to focus on her year 12 exams, she returned in her first year of university as an intern. It was here that her career began to bloom.

Promoted to political reporter and eventually to chief of staff at The Sunday Telegraph, Markson then moved to Seven Network where she led a TV news reporting team to win a Walkley Award.

The hot shot reporter was then recruited as editor of Cleo magazine. She pledged that sex would no longer be mentioned on the cover of the popular magazine and also launched a fight for equal pay between men and women.

A year after moving to The Australian, Markson was detained by Israeli security officials for breaching protocol at a medical centre in Tzfat after she tried to exchange contact details with a Syrian national being treated at the hospital – a controversy that saw her name featured in multiple headlines.

When the veteran journalist was offered a job as political editor at The Daily Telegraph in Canberra in 2016 she knew she was entering the boxing ring with editors drenched in decades worth of experience.

“I was really nervous about that. I was scared and I was worried,” she told The AJN on a Zoom call last week. “But I beat them on every big story,” she remembered.

Two of her major stories that hit the headlines during her time in Canberra included a scoop on the leadership coup against then prime minister Malcolm Turnbull and another on deputy prime minister Barnaby Joyce’s affair with a staffer.

Markson told The AJN that those are the two stories she is most proud of.

In 2017, Markson married Sydney investor Chaz Heitner in a traditional Jewish wedding ceremony which took place in Bowral, Southern Highlands. Two years later, the pair had their first child, Raphi, who in 2019 at five months old, was taken on the election campaign trail so Markson could score an interview with Scott Morrison.

A few months after jetting around with Morrison and Raphi, Markson had a terrifying ordeal. After passing out on her kitchen floor, the journalist waited two hours for an ambulance while bleeding internally from an ectopic pregnancy rupture. After multiple triple zero calls and no assistance, Hatzolah was called and Markson believes they may have saved her life.

“It was terrifying and they were amazing,” she recalled.

Since 2018, the political commentator has hosted her own show Sharri on Sky News which airs on Sunday evenings.

Also investigations writer at The Australian, Markson told The AJN that she is grateful to have a platform on which to report issues facing the Jewish community.

Proud of her Jewish heritage, she said it’s “the basis from which I approach these issues, and you can’t approach it from any other way”.

“Being Jewish is a strong part of my identity,” she said.

She reflected on her coverage of commentator Mike Carlton’s abusive and antisemitic messages sent via email and Twitter to critics which amounted to him leaving The Sydney Morning Herald.

She also expressed her concern for how some of the media cover stories relating to Israel.

“The sentiment in the left-wing media to attack Israel is deeply upsetting and it makes me really, really angry – absolutely furious,” she said. “I’m really worried that if the Labor party gets in in the next federal election there won’t be the same support for Israel that we have seen under the coalition government,” she added.

During her latest investigation which amounted to her recently released book and documentary, What Happened in Wuhan, the working mum juggled raising a toddler, telling The AJN that she had chosen not to send her son to childcare because she “wanted to be a mum and be with him”.
This proved to be a challenge during writing – with Markson handballing babysitting duties to her mother, Ro, at times.

“I just had to work so fast. I couldn’t procrastinate or take time to sit around and think. Every minute had to count,” Markson said.

Looking back on her career which has spanned almost two decades, and won her an array of awards, including two Walkleys, a Sir Keith Murdoch Award for excellence in journalism, a 2020 News Award for investigative journalism, and four Kennedy Awards, Markson said the early years were the most difficult.

“It’s much easier to do well when people will take your phone call because you’re a recognised journalist,” she said. “It’s really hard when you’re starting out and it’s just an uphill battle.”

Markson believes her achievements have stemmed from her confidence to pursue the stories, to contact big names and to chase the truth. She wants to be the best in her field.