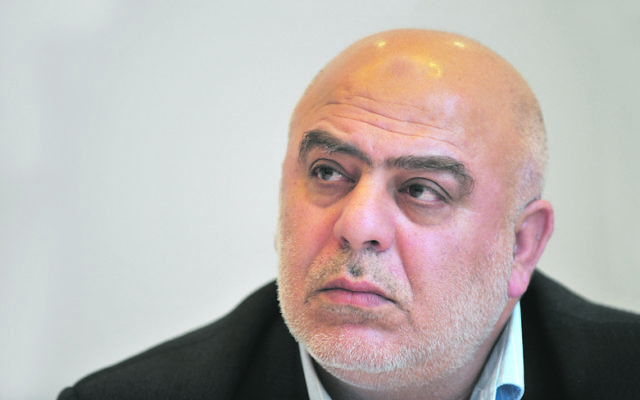 Ismail al-Wahwah, Arabic media representative of Hizb ut-Tahrir in Australia, looks on during a press conference in Sydney on Thursday, Sep. 13, 2012. A Muslim Convention is to be held this Sunday in Sydney about the future of the Muslim World post-the Arab uprisings. Photo: AAP Image/Paul Miller

HIZB ut-Tahrir Australia spiritual leader Ismail al-Wahwah, who in 2015 called on people to “rid” the world of the Jewish “hidden evil” and declared “the ember of jihad against the Jews will continue to burn”, has been arrested in Jordan.

Al-Wahwah, also known as Abu Anas, was detained upon arriving at Amman Airport on July 25 and taken into custody by Jordan’s General Intelligence Directorate. He has been denied all access to legal representation, the local branch of the Islamist group said last Friday.

“It is unclear at this stage as to the basis of his detainment, but sources close to the family indicate he is likely to be formally charged and/or prosecuted over the coming days,” they said.
Hizb ut-Tahrir Australia sent a delegation to the Jordanian Embassy in Canberra on Monday to protest al-Wahwah’s detainment.

A Department of Foreign Affairs and Trade spokesperson told The AJN the department was “aware of the detention of an Australian man in Jordan and is providing consular assistance to his family”.
Hizb ut-Tahrir, which aims to establish an Islamist caliphate, is banned in many Arab countries, including Jordan.

While there have been calls for Australia to follow suit, Executive Council of Australian Jewry president Anton Block said the best way to deal with the group “is to expose it to the clear light of public scrutiny”.

“Whilst we favour the strict enforcement of the criminal law against those who incite or threaten violence, we believe that a group like Hizb ut-Tahrir Australia should be listed as a terrorist organisation only if and when it engages in terrorist activities, or comes under the control of other Hizb ut-Tahrir groups overseas which have engaged in such activities,” he said.

“The group’s ideas and creed are utterly repulsive to the vast majority of Australians and, over the years it has operated in Australia, it has acquired no real traction.”

Block added, “Although it is still unclear what criminal charges al-Wahwah will face in Jordan, his past record provides ample reason for concern.”

Australia/Israel & Jewish Affairs Council (AIJAC) executive director Colin Rubenstein said, “Hizb ut-Tahrir is an entirely negative participant in public life and al-Wahwah both holds repulsive views and is keen on trying to convince others to share his contorted and distorted version of Islam.

“AIJAC can’t comment on his arrest in Jordan but is aware of the concern by many countries at the danger to public order and communal harmony represented by Hizb ut-Tahrir.”