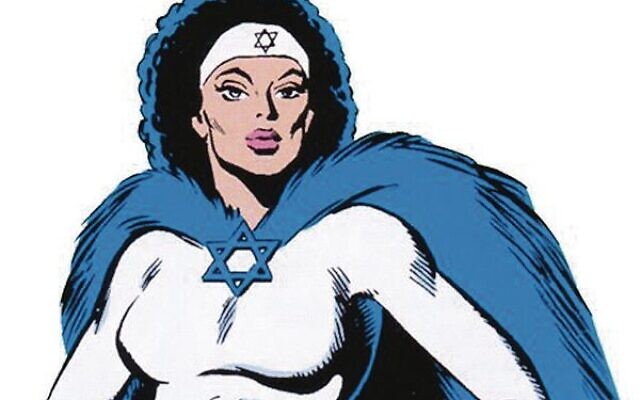 Israeli actress Shira Haas, who gained international fame through her starring role in the hit Netflix series Unorthodox, will play an Israeli superhero in the next Captain America film, set in the Marvel Cinematic Universe, according to multiple reports.

According to Variety, The Hollywood Reporter and others, Haas will play Sabra, a little-known character who first appeared in Marvel comics in 1980.

In the comics, Sabra, aka Ruth Bat-Seraph, is a former superhuman agent for the Mossad spy agency who sometimes knocks up against other superhuman characters such as the Hulk and the X-Men.

According to Hey Alma, Sabra was born in Jerusalem and grew up on a kibbutz for people with superhuman abilities.

In the Marvel universe, Sabra was the first human with superhuman abilities to work in the Mossad. With her enhanced strength, stamina, speed and agility, she is a force to be reckoned with. And in true Israeli fashion, she uses special cutting-edge technology to help her fly, even proudly displaying the Star of David on her blue and white costume.

Sabra spent most of her early superhero career defending Israel. Once she held up the Western Wall in Jerusalem because earthquakes threatened to destroy it. However, when an anti-mutant campaign called Operation: Zero Tolerance gained traction globally, Sabra left Israel and teamed with the X-Men.

The film is already courting controversy though, with Israeli cartoonist Uri Fink claiming that Marvel copied Sabra from a comic – Sabraman – he created two years before the Marvel superhero emerged.

In 1978, Fink created Sabraman, a comic series about an Israeli superhero whose attire, colours and symbols appear to resemble those associated with Sabra, a little-known character that first appeared in Marvel comics two years later. 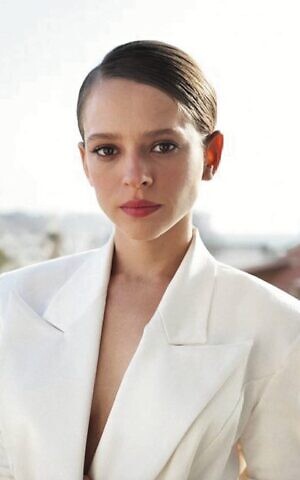 Fink says though that he won’t sue the US entertainment giant, simply because he doesn’t have the means, tweeting that he had woken up to countless tags and messages telling him it was “time to sue Marvel and make a lot of money”.

He said his publisher and co-creator David Herman had considered doing just that when Sabra first emerged in 1980, but that Fink convinced him otherwise. He said there was no chance of succeeding against Marvel’s lawyers and that it was doubtful he even had a case, since he doesn’t own a copyright for the word “sabra”, and Sabra’s superpowers were different from Sabraman’s.

“Nothing has changed since then, except that Marvel are now part of Disney, with even more monstrous lawyers, so it’s not worth the effort,” Fink wrote.

“It’s pretty clear to me that at the time, someone [at Marvel] saw the hype surrounding Sabraman – there was an article in People Magazine – and went for the idea,” he said. “But I can’t do anything except maybe try to get some attention for the superhero with whom I started my career.”

The cartoonist also had some words of warning for Haas, saying the portrayal of Sabra may not be that flattering for the Jewish State.

“Those who work at Marvel today are all sorts of progressives. I have nothing against them, but we won’t get the most accurate depiction of the Israeli-Palestinian conflict,” he told Ynet.

“I suggest that Shira carefully read [the script], so that the character won’t be portrayed in a way that is too problematic.

“On the other hand, it’s a terrific opportunity because Marvel has learned to take their most esoteric characters and make them into great characters. Shira has an amazing opportunity.”