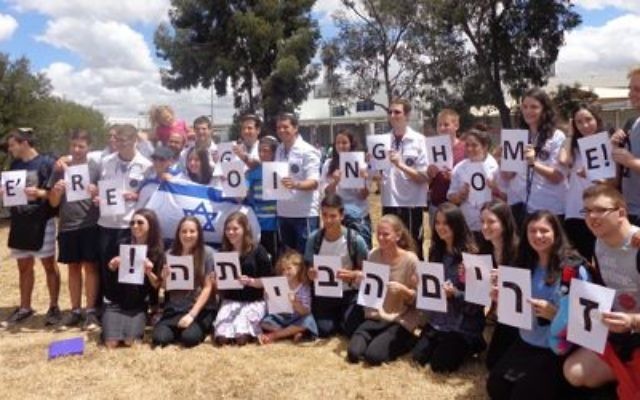 IT WAS an emotional scene at airports in Melbourne, Sydney and Perth last Sunday, as families, madrichim and friends bade farewell to the 140 participants of the 2013 Shnat programs.

Their departure coincided with the International Day for Commemorating the Holocaust and Israel’s National Day for Countering Anti-Semitism, making the occasion all the more significant according to Zionist Federation of Australia president Phillip Chester.

“There is no more powerful response to the anti-Zionists and anti-Semites in our midst than the large numbers of proud Australian Jews making a significant commitment to engaging and immersing themselves with Israel on experiential programs.”

Altogether more than 360 Australian 18 to 30-year-olds ) will be on long-term Israel programs facilitated by the ZFA and supported by umbrella organisation MASA Israel Journey this year, up 20 per cent on last year.

Other gap-year schemess including the Australasian Union of Jewish Students’ (AUJS) Aviv program and Israel by Choice (IBC) have a combined 50 per cent increase in participation compared to 2012.

AUJS Aviv proved the most popular program this year with 82 participants, and IBC is taking a group of 54. There are 88 young Australian adults on other 5-10 month Israel programs.

Members of B’nei Akiva at a ceremony before departing for shnat (Photo: Ginette Searle).