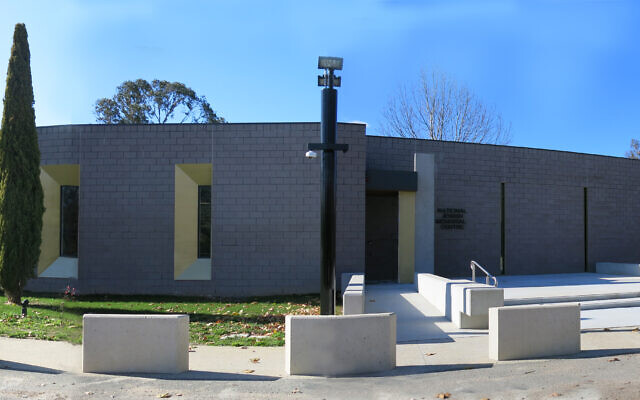 The Holocaust Museum will be housed in the National Jewish Memorial Centre (pictured).

Holocaust museums are to be built in the ACT and Northern Territory, with significant funding announced by the federal government.

Last week, to mark International Holocaust Remembrance Day, the Morrison government pledged an additional $1.3 million to establish the Canberra Holocaust Museum and Education Centre as part of an ongoing commitment to support Shoah awareness in Australia.

Acting Minister for Education and Youth Stuart Robert announced the funding, bringing the Commonwealth’s financial commitment to the project to around $2 million.

The complex will be built at the current site of the National Jewish Memorial Centre in Forrest.

“It is particularly appropriate to build a Holocaust museum in the nation’s capital alongside Australia’s democratic institutions and I would like to thank the ACT government for their assistance in this important effort,” said Robert.

ACT Jewish Community treasurer and facilities committee chair Dr David Rosalky said, “The centre will make a valuable contribution to the education and informing of visitors to the memorial centre, especially the groups of school children who regularly visit.”

On Wednesday, meanwhile, Robert announced $750,000 for a Holocaust museum in Darwin, to “join other Jewish and Holocaust museums around Australia in creating a deeper understanding of this dark period of world history and valuing the free society we have in Australia today”.

Welcoming the funding, Northern Territory Minister for Education Lauren Moss said, “It is important that our young people learn about the Holocaust, to help ensure these atrocities are never forgotten and never repeated.”

In 2020, the federal government pledged $2.5 million for the further development of the Adelaide Holocaust Museum, as well as $3.5 million for a Shoah museum in Brisbane.

Federal Treasurer Josh Frydenberg reflected, “With the passage of time, memories do sadly fade and it’s more important than ever we educate the next generation about the tragedies of the Holocaust. It’s our collective duty to say ‘never again’.”