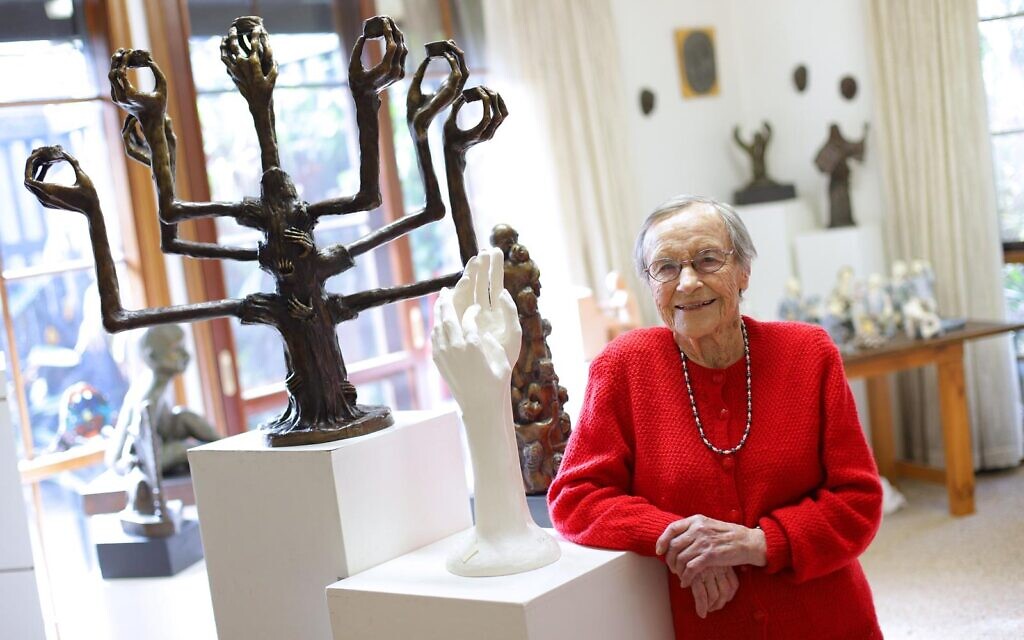 Sarah Saaroni with her sculpture Korczak and the Children and some of her other pieces at her home in Hawthorn East. Photos: Peter Haskin

A MELBOURNE Holocaust survivor, who fell in love with art when she was a refugee in post-war Europe and who subsequently taught herself to sculpt, is looking to find her amazing masterpieces new homes around Australia and the world.

Ninety-five-year-old Sarah Saaroni, who spent almost all of her adolescence in hiding and on the run from the Nazis, is urging organisations who may be interested in any of her incredible creations to get in touch.

Many of her pieces are inspired by her own childhood experiences and are featured in private homes, synagogues and museums around the world, including Yad Vashem in Israel.

At the age of 13, when the Germans invaded Poland, Sarah and her family were thrown into the Lublin ghetto. After years of hunger and illness, her parents helped her to escape to Germany, where she evaded capture masquerading as a Christian factory worker. However, she was eventually picked up by the Gestapo and deported to Majdanek.

Yet again though, she managed to outsmart the Nazis, slipping away from the group of prisoners she was with as they were led into the camp.

After the war, with her entire family, save for two brothers, having perished, Sarah found herself in Rome. It was there that she first laid eyes on art. “I was overwhelmed,” she recalled, “I could stand there and look at it for hours. It was talking to me.” 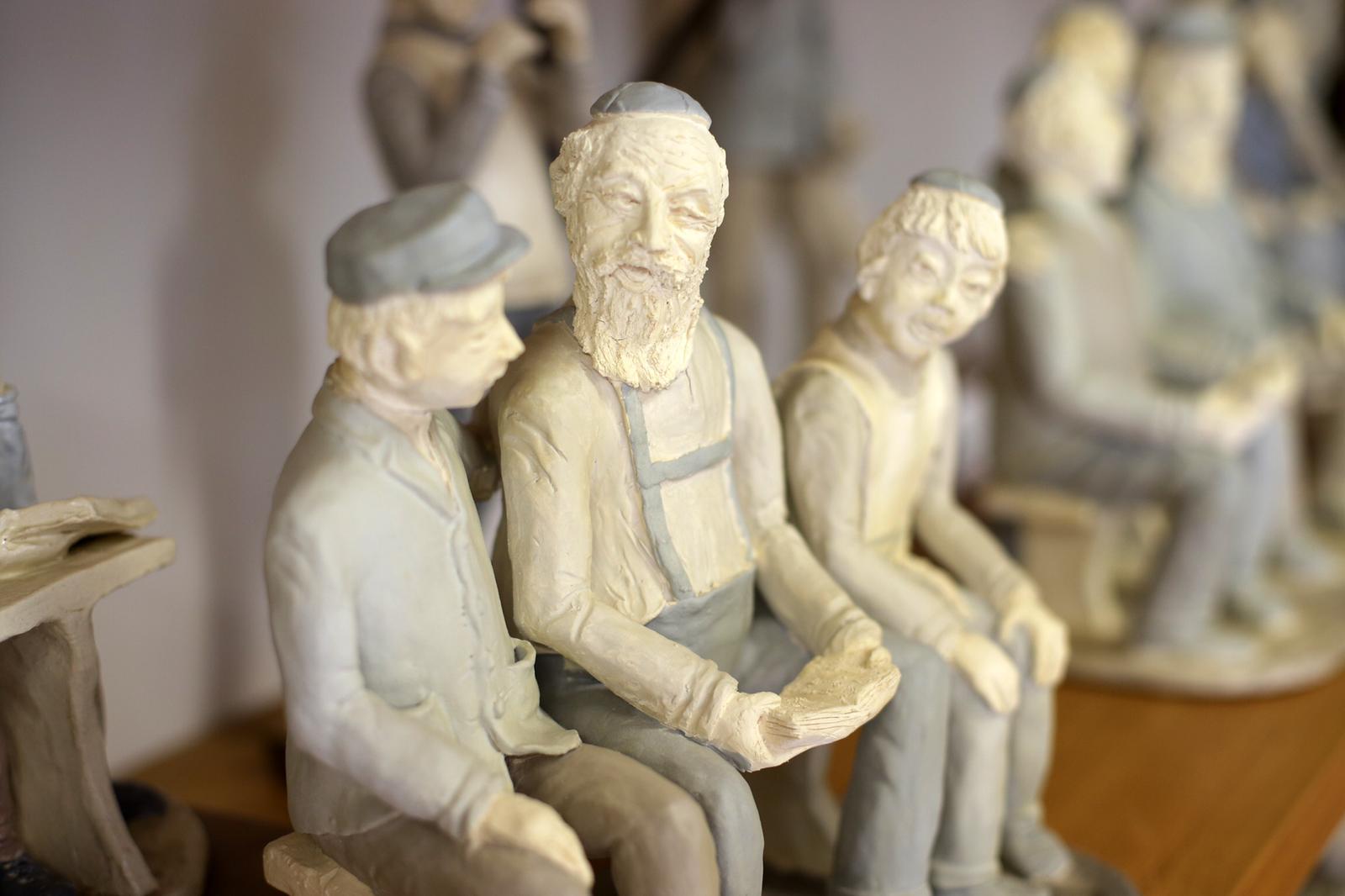 In the years that followed, Sarah would join the Haganah and fight in Israel’s War of Independence, before moving to Melbourne with her young family in the early 1950s. Her only dream was of a life of freedom, far away from conflict, never imagining she might ever be an artist herself.

“I had nightmares every night. I was running, hiding, trying to get away but it doesn’t matter what I did, I was always caught,” she told The AJN. “I was even scared to mention it because they will lock me up, they will say I’m crazy. So I just locked the door on it. I pretended it didn’t happen to me.”

But after almost 30 years in Australia, she came across an advertisement for sculpting classes. Her obvious interest was noted by a close friend who enrolled her in a class, introducing Sarah to a new world.

“I never believed that I could do it. I envied the people who could do it,” she recalled, admitting that she was ashamed of her interest in art lessons at the age of 55.

Nonetheless, she worked up the courage to begin a few classes but her desperation to sculpt was frustratingly interrupted by the tiresome theory that took up the majority of the lesson time. Instead, Sarah decided that she would teach herself. “I looked at myself and I just tried to do it better,” she said.

Joining a sculptures association and attending exhibitions, she began creating sculptures, investing all of her energy into expressing what she had seen in Poland and what she had imagined of the Holocaust, including her most famous sculpture in memoriam of Polish educator and author Janusz Korczak, Korczak and the Children.

During the war, Korczak, who ran a Warsaw orphanage, refused to abandon the almost 200 children in his care despite repeated offers of sanctuary, ultimately joining them as they were deported to their deaths in Treblinka. 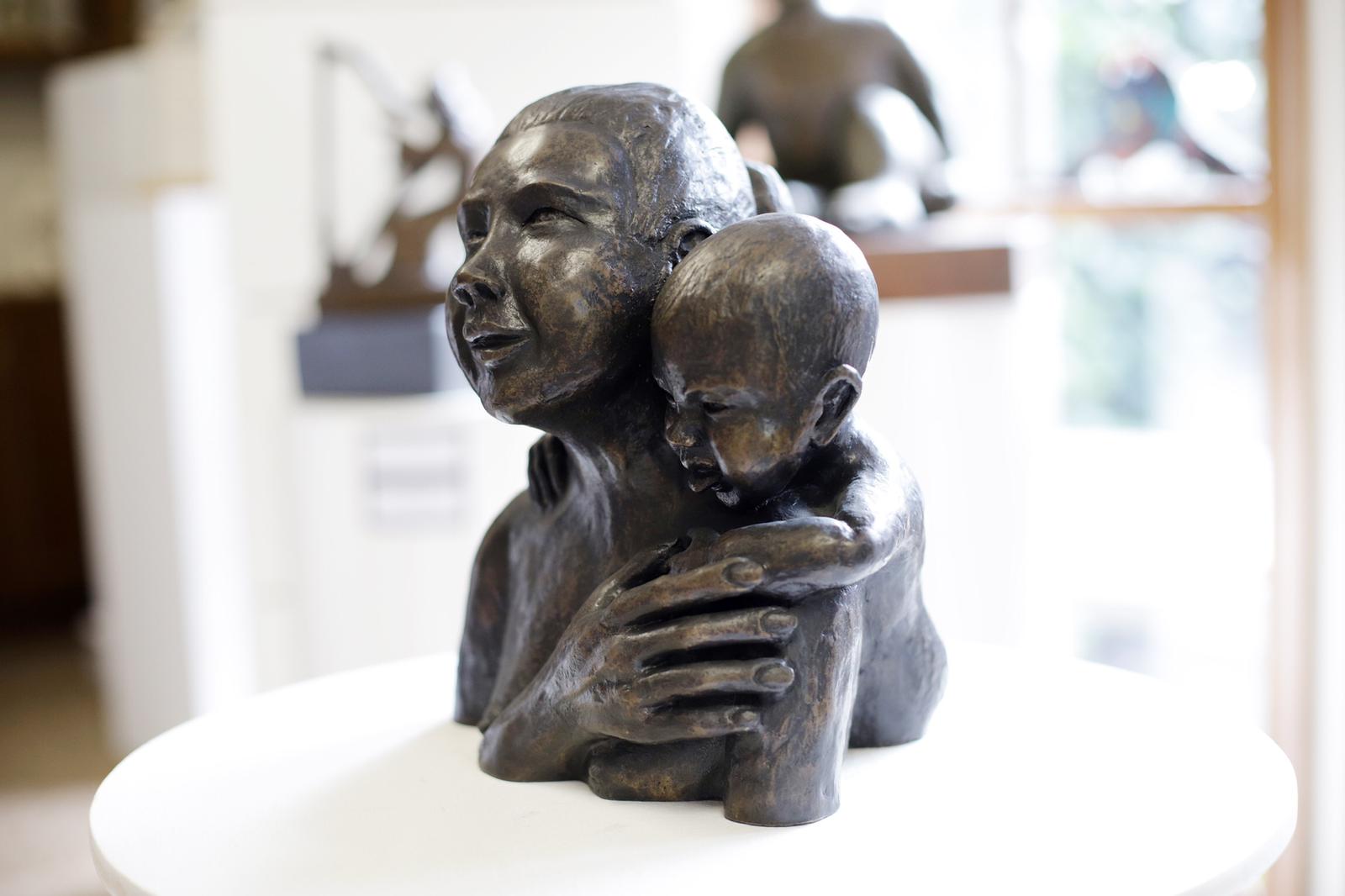 Sarah had admired Korczak’s heroism and said, “I had to get it out of my system, because for 42 years I didn’t talk about the past, not even to my husband.” She eventually did “talk about the past”, spending four months writing her memoirs, which were published under the title Life Goes On Regardless. “Not only did I remember, but I saw it in front of me, everything was there,” she said.

As the years went on, Sarah was advised by an art dealer to sculpt Australian settings, creating scenes from the gold rush and piecing together her imagination of how Indigenous Australians would have lived.

In 2015, Sarah was awarded an Order of Australia (OAM) for promoting tolerance and diversity and currently volunteers for Courage to Care, educating children about the dangers of prejudice, racism, and discrimination.

After 30 years in her current home in Hawthorn, with an entire sun-lit room dedicated to her sculptures, Sarah, will shortly be moving into an apartment. She still swims every day at Hawthorn Aquatic Centre, clocks an hour on her exercise bike at home, and manicures her expansive garden that features many of her sculptures on ledges and in between pot plants, but she can’t take all her pieces with her.

And so, on offer to museums, communal halls, and theatres is an incredible collection of artworks comprising settings from Victoria’s gold rush era, including appearances from Ned Kelly, solo musicians, shtetls, rabbis, dancers, loved-up couples, life-size babies, and a full symphony and string orchestra, with a conductor and all.

Finally, a positive story this week!

I had the privilege of being invited to Sarah’s recently – one of Melbourne’s few remaining Holocaust survivors.

At the age of 95, she swims, rides her exercise bike, and gardens every day!

Some of her sculptures will be donated to the Sydney Jewish Museum in the coming weeks.

Although Sarah is sad to see her extensive collection go, she is ready for it to be seen and loved by the world, just as she has loved and cherished it for the past 40 years.

“I show myself in it,” she muses. “People should enjoy it.”