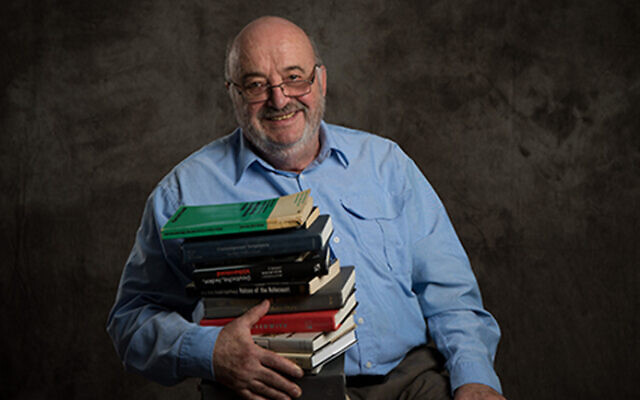 AUSTRALIAN Holocaust historian Emeritus Professor Konrad Kwiet has told a Jewish Holocaust Centre (JHC) webinar that Australia’s only Shoah-related war crimes jury trial taught him the difference between the role of such trials and “the truth of the Holocaust”.

Kwiet had given expert testimony about the Shoah in the 1991-92 trial of Adelaide resident Ivan Polyukhovich, charged over his alleged involvement in the massacre of some 850 Jews in the village of Serniki in Nazi-occupied Ukraine in September 1942.

Polyukhovich, accused of being a local forester recruited by the Germans, was ultimately indicted for only six murders, with the remaining charges dismissed. In 1993, he was acquitted of all charges on the grounds it was difficult to present evidence clearly identifying the accused. He died in 1997.

Kwiet said, “What happened in Adelaide was a clash, a war between the law and history” and, for all the horror of Serniki, only evidence placing Polyukhovich at the scene could be considered.

However, the quality of evidence from eyewitnesses proved problematic, he said.

Asked if he considered the trial a failure, James said, “Certainly not. There’s been a theory that if you don’t get a conviction, a criminal trial fails. In fact, in this case, the legislation that was provided to enable the prosecution to proceed established Australia’s international role to prosecute, and a willingness to prosecute for matters that had occurred overseas, where people sought to take refuge here.”

David recounted being approached by a Holocaust denier during preparation for the case, and also said claims that such massacres were not part of the Holocaust are “immoral … absurd”.

The case rested on whether Polyukhovich could be found guilty of events whose occurrence was beyond dispute, but contrary to the defence barrister’s expectations to the very end of the trial, a jury found it could not be proven beyond a reasonable doubt that Polyukhovich was present at the time of the killings.

Bevan observed, “Court cases are not exercises in education.”