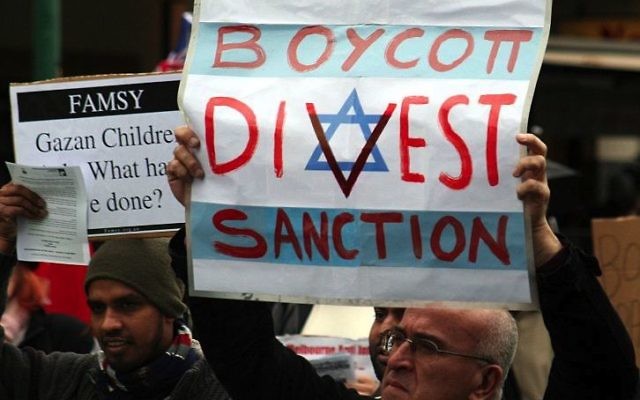 OPPOSITION Leader Bill Shorten has distanced the ALP from a petition tabled in Parliament earlier this week, calling on the government to support the anti-Israel Boycott, Divestment and Sanctions (BDS) movement.

“We therefore ask the house to instruct the Australian government to fully and consistently honour its obligations under international law by excluding relations, through boycott, divestment and sanctions with states, institutions and companies – Australian, Israeli or other – that are involved in the perpetuation of apartheid and discriminatory Israeli policies including the occupation of the West Bank, East Jerusalem and Gaza,” the petition reads.

Shorten told The AJN his party’s position on BDS was “crystal clear”.

“The Labor Party opposes the BDS campaign – it has no place in our society,” Shorten said.

“I stand for engagement with Israel at every level. Peace in the Middle East will only be achieved by the parties negotiating a mutually equitable outcome; Labor does not regard the BDS campaign as contributing to this outcome.”

In making her case, Parke quoted Richard Falk, the controversial United Nations Special Rapporteur on Palestinian human rights, who has been accused of anti-Semitism in the past and was slated for his assertion that former US president George W Bush was complicit in the 9/11 terror attacks.

“No country is perfect but to condemn democratic states like Israel and Australia with the ‘apartheid’ tag is ludicrous, and an affront to those who suffered under the real thing in South Africa,” Wertheim said.

“Not even Lee Rhiannon was prepared to present the BDS petition to the federal Parliament when she was asked to do so in August. But it seems that Melissa Parke has become even more extreme in her anti-Israel views than Lee Rhiannon.”

Parliamentary Secretary to the Leader of the Opposition and Parke’s parliamentary colleague Michael Danby described Parke as a “maverick”, adding that, “her views represent no one except her own”.