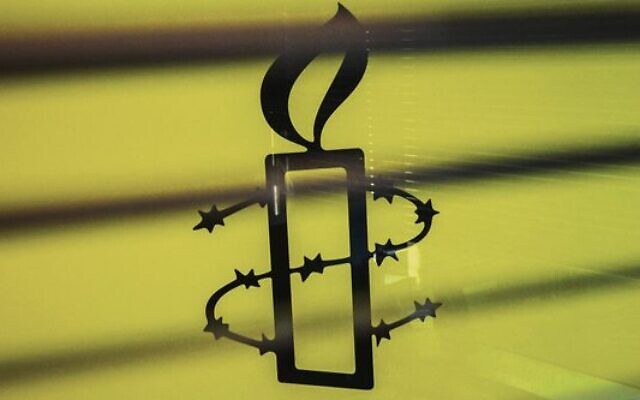 Amnesty International’s report titled “Israel’s Apartheid Against Palestinians: Cruel System of Domination and Crime Against Humanity” calls for the right of return to Israel of all Palestinian refugees. In the Palestinians’ case, refugee has been widened to include descendants of those that were dislocated in 1948.

Amnesty’s position endeavours to delegitimise the existence of the State of Israel which it characterises/designates as a racist endeavour that should be overturned.

The Amnesty International report repeatedly states that Israel has maintained “a system of oppression and domination” since its establishment in 1948.

The report also contends, “Israel has pursued an explicit policy of establishing and maintaining a Jewish demographic hegemony and maximising its control over land to benefit Jewish Israelis while minimising the number of Palestinians and restricting their rights and obstructing their ability to challenge this dispossession.”

The report’s recommendations include the following statement:

The report does not differentiate between Arabs living within the Green Line and those living in the West Bank and Gaza.

Do they want to dismantle the State of Israel and form part of the Palestinian state? I think not.

Gaza was only ever under Israel’s control from 1967 until 2005. From 1948 to 1967, it was under Egypt’s control, then in 2005 Israel withdrew from Gaza to improve its international status in the absence of peace negotiations with the Palestinians.

So, why is Gaza an “Occupied Palestinian Territory” under the control of Israel?

Maybe it is occupied, by Hamas.

The unrelenting focus by Amnesty International on Israel, referring to events out of context, in the absence of background facts only distorts the reality of the situation and cannot assist the peace process. Amnesty International’s call for dismantlement of the state is unprecedented and, when one considers the numerous human rights issues throughout the world, which have drawn little or no attention from Amnesty International, then the perverse focus of the organisation on Israel reeks of double standards.

The International Holocaust Remembrance Alliance’s working definition of antisemitism includes 11 examples to further illustrate and help identify antisemitism in all its guises:

Given the accusations levelled in the report and the omission of contextual facts one can only form the conclusion that both the authors, and the organisation behind it are antisemitic.

Amnesty International has been hijacked. The NGO is no longer focusing on its raison d’etre – the recognition, realisation and protection of human rights.

Amnesty International depends on funding from individuals who in turn receive tax deductions for their donations.

Amnesty International has clearly moved away from its stated objectives (and allowed itself to be used as a weapon of terrorist organisations.) Accordingly, governments all over the world need to reconsider the eligibility of such an organisation to receive tax-deductible donations.

Rodney Naumburger is president of the Zionist Council of NSW.