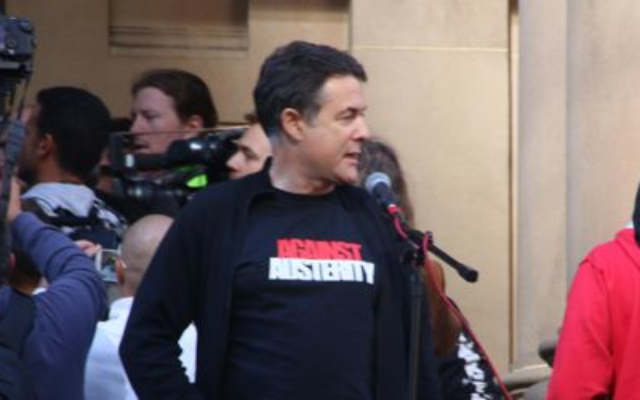 ISRAELI civil rights group Shurat HaDin and Associate Professor Jake Lynch are both claiming victory after the former withdrew its class action racism lawsuit against the University of Sydney academic.

Shurat HaDin launched the action after Lynch, a prominent supporter of Boycotts, Divestment and Sanctions (BDS) against Israel, refused to assist Hebrew University academic Dan Avnon with an application to conduct research in Australia.

The case was expected to be formally closed in the High Court on Wednesday, after all original plaintiffs, save Shurat HaDin itself, ­withdrew.

Lynch described it as “a comprehensive legal victory, which is also a win for political freedom”.

“This court case has been an attempt to stifle BDS activism, both here in Australia and around the world,” he told The AJN.

“The recent death and suffering in Gaza, and the terror of Israelis under rocket fire, emphasise the importance of BDS.

But Shurat HaDin lawyer Robert Tolchin said the case had been defeated merely on a technicality.

“Lynch’s statement that the outcome of this case is somehow a vindication of his discriminatory actions is tragicomic and an outright falsehood,” he said.

“The court has in no way approved Lynch’s actions.

Executive Council of Australian Jewry (ECAJ) president Robert Goot and executive director Peter Wertheim, who publicly disassociated the roof body from the case from the outset on the basis that it was likely to be counterproductive, said there was no joy in having their views vindicated.

“Prof Lynch and his small band of supporters will have their brief moment of glory as they promote what they will see as a victory, but they should remember two things. Firstly, they won a technical victory only … there was no hearing on the merits of the case.

“Secondly, while many people disagreed with Shurat HaDin’s commencing the court case, they nevertheless viewed, and continue to view, BDS itself as repugnant.”