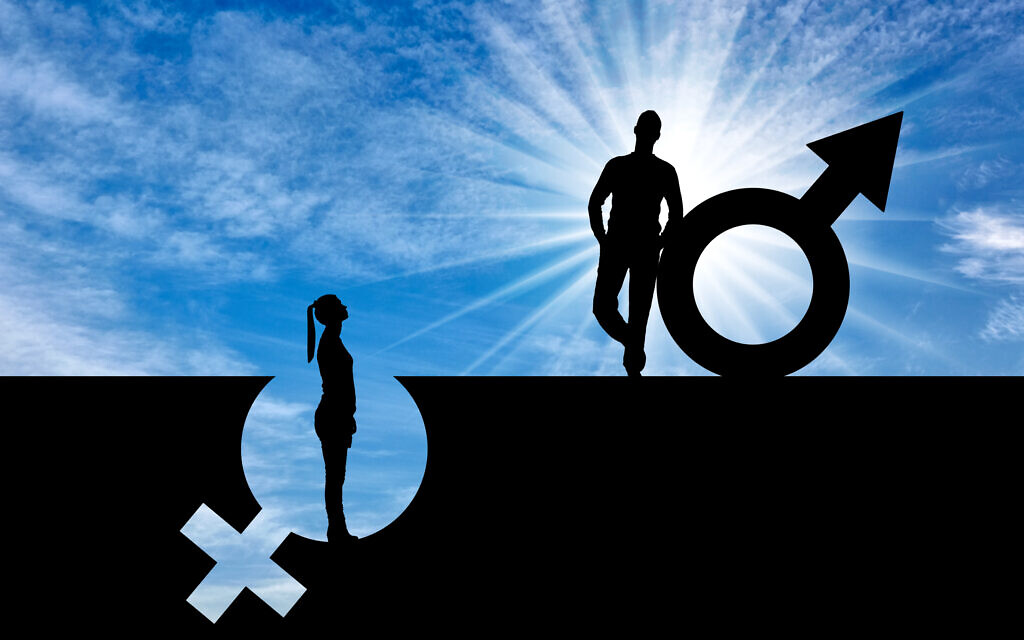 These are just some of the findings to come out of a survey conducted by The AJN on the experiences of women in Melbourne and Sydney who hold, or have held, professional and/or board roles in Jewish organisations within the past five years.

The survey spanned topics from respect and culture to career progression opportunities and access to maternity leave.

Published today (Thursday), the results showed more than 60 per cent of women feel uncomfortable with language used about or towards women in a Jewish organisation; and 38 per cent of women feel they do not have the same access to opportunities enjoyed by men in communal leadership, including professional and board appointments, decision making and community panels and events.

On the first point, Huppert said, “There is an immediate need for Jewish organisations to review their practices and policies in this area. 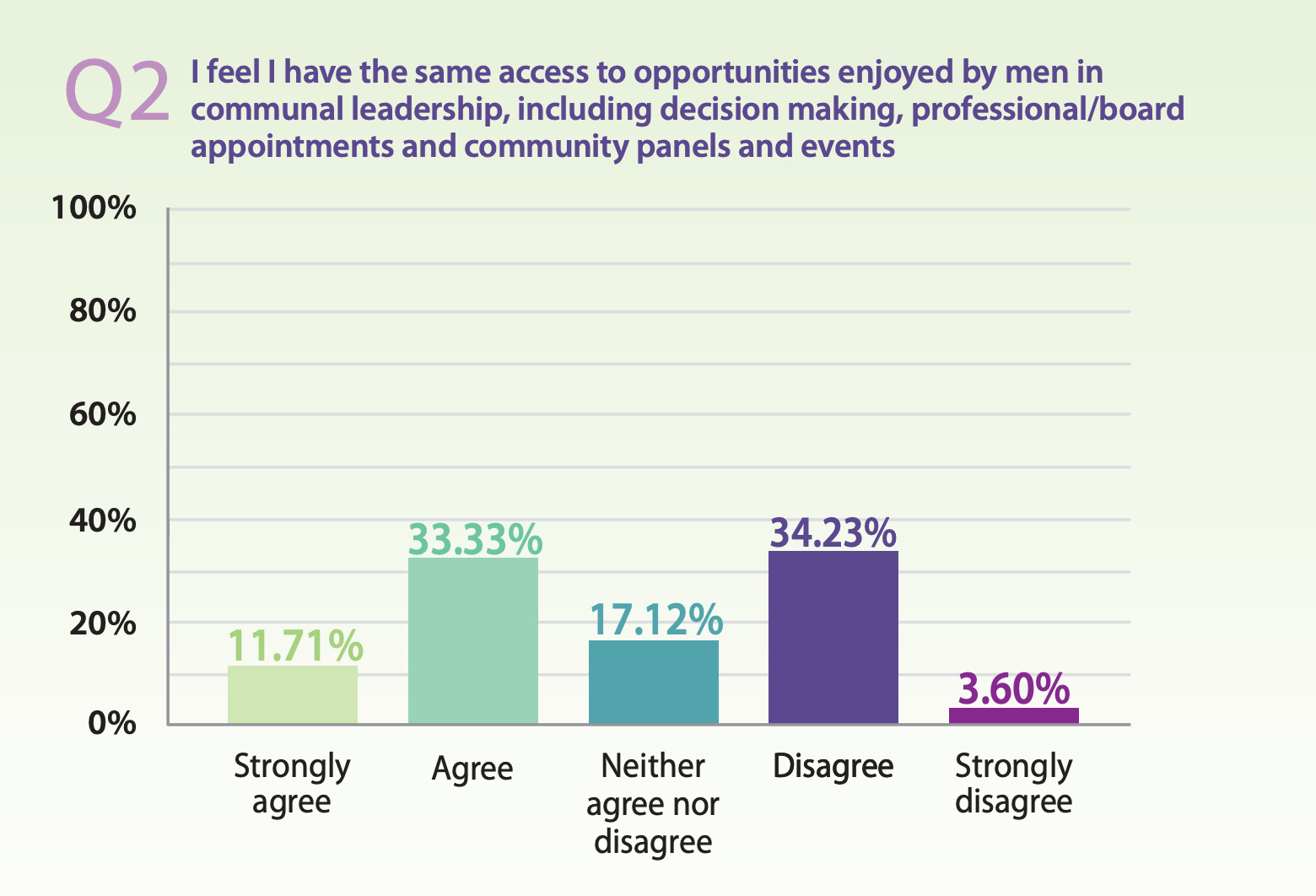 “In addition, organisations must ensure that they have appropriate reporting mechanisms in place.”

She added, “The JCCV is proposing to offer training in this area for Jewish communal organisation in the near future.”

As for the issue of limited participation of women in positions of leadership, Huppert said she would like to see “organisations train up potential female leaders”.

“Organisations should ensure that every panel has a female presenter. Organisations need to engage female speakers for their events … appoint female spokespersons to represent them, and be more flexible in their meeting times and activities to ensure that all members of the community can participate more fully.”

Raising the alarm about the results, JCA president Stephen Chipkin remarked, “No one in our community should be subjected to that.

“These statistics are alarming, disturbing and frankly unacceptable … I will ensure within JCA and our member organisations, that this is addressed at a board level across all organisations, and ensure safe channels are established where anyone who is subjected to bullying or harassment should feel safe enough to raise it early, and that the issues be addressed fairly and quickly.” 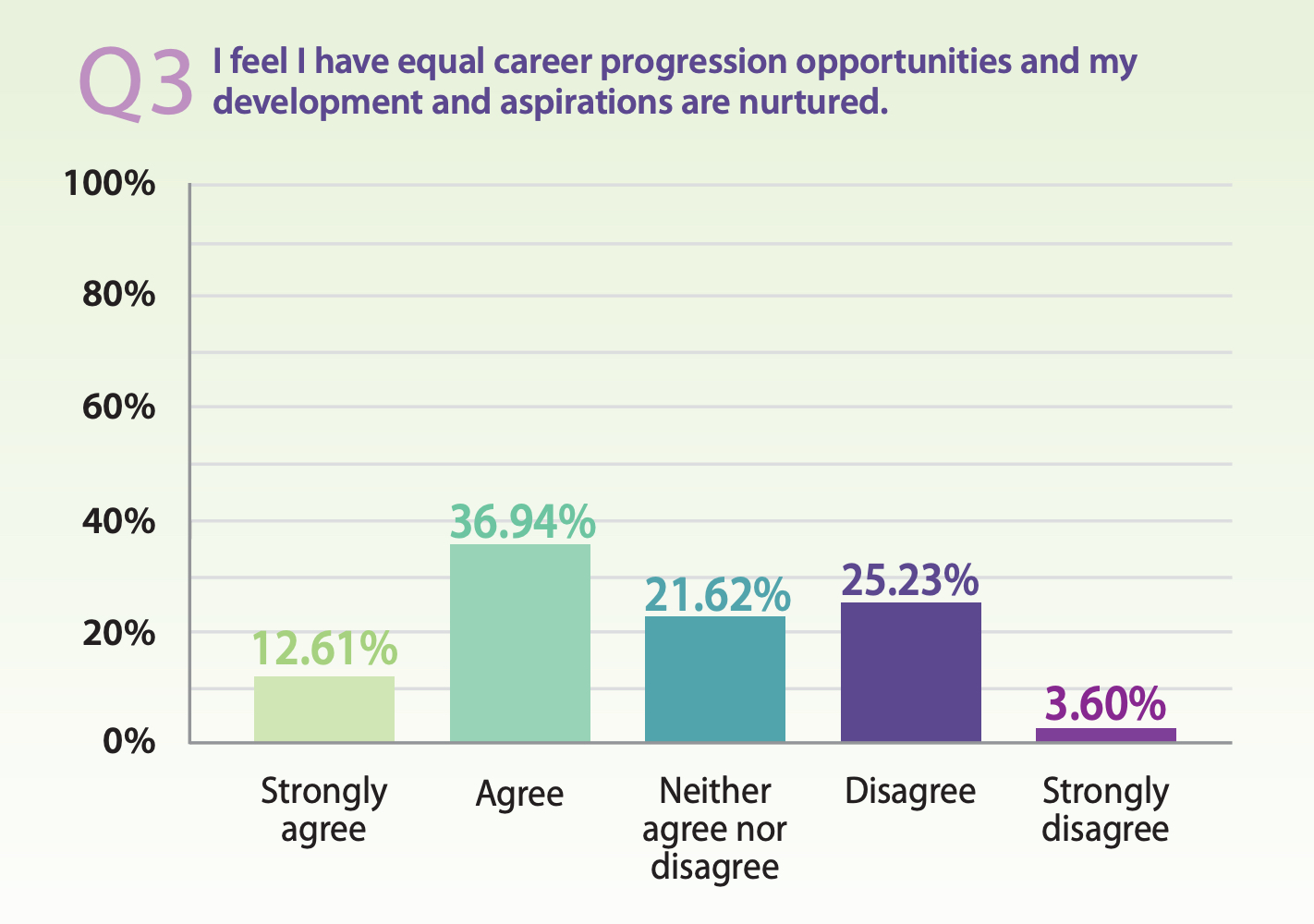 “The way it was handled and the outcomes were far from correct,” she added.

The investigation follows on from an AJN special edition one year ago which explored the roles of women in the community. Coinciding with the launch of National Council of Jewish Women of Australia (Vic)’s (NCJWA) #MakeSpaceForHer campaign and Gender Equality Pledge, the report revealed an under-representation of women on the boards of Jewish organisations.

President of NCJWA (Vic) Miriam Bass said of the latest survey, “Most worrying are the responses relating to language used about women, sexual harassment and bullying. In this day and age there is no excuse for this type of behaviour. Jewish communal organisations must have zero tolerance for this. We need to and can do better.”

She lamented, “[By] not allowing women equal opportunities in communal professional and leadership roles means our community overall is the poorer.”

Indeed, on accessing career opportunities, one survey respondent commented, “I’m sick of mentoring young Jewish women with the lie that their talent, skills, drive and ambition will allow them to attain the roles and salaries [held by] men half as talented as they are.”

Executive Council of Australian Jewry president Jillian Segal commented, “These statistics, if reflective of the situation broadly, are very sobering.”

In relation to the findings on bullying and harassment, Segal said, “Dealing with these instances appropriately is not only a governance matter but a cultural matter which the community should support.”

Other findings, however, are worth applauding, with 82 per cent of respondents saying they feel valued and encouraged to contribute. 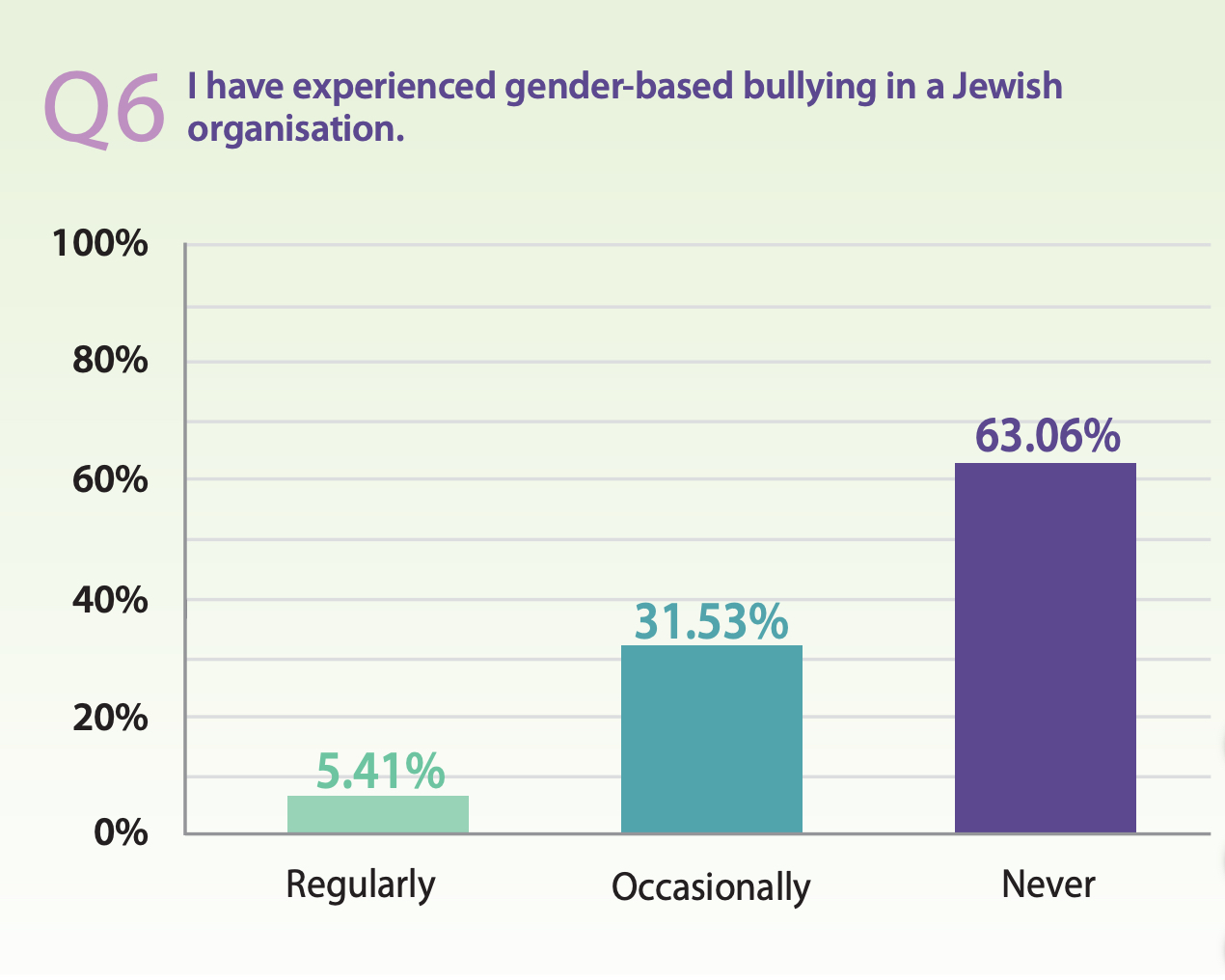 Seventy per cent stated they feel supported to take maternity leave or sick leave for women-related health issues. While some women did indicate they feel very supported and are treated equally to their male counterparts.

Isabelle Shapiro, who has served on the NSW Jewish Board of Deputies as an executive member and is currently vice-president, commented, “My personal experience has been overwhelmingly positive … I have contributed my time and expertise over many years without encountering any hostility or gender bias.”

Segal noted, “The prospects for women to achieve leadership positions are not uniform across representative Jewish communal organisations … While I would like to see a full report including context of these statistics, I would certainly agree that much more needs to be done in the Jewish community … to engage women in all communal organisations, particularly at a leadership level.” 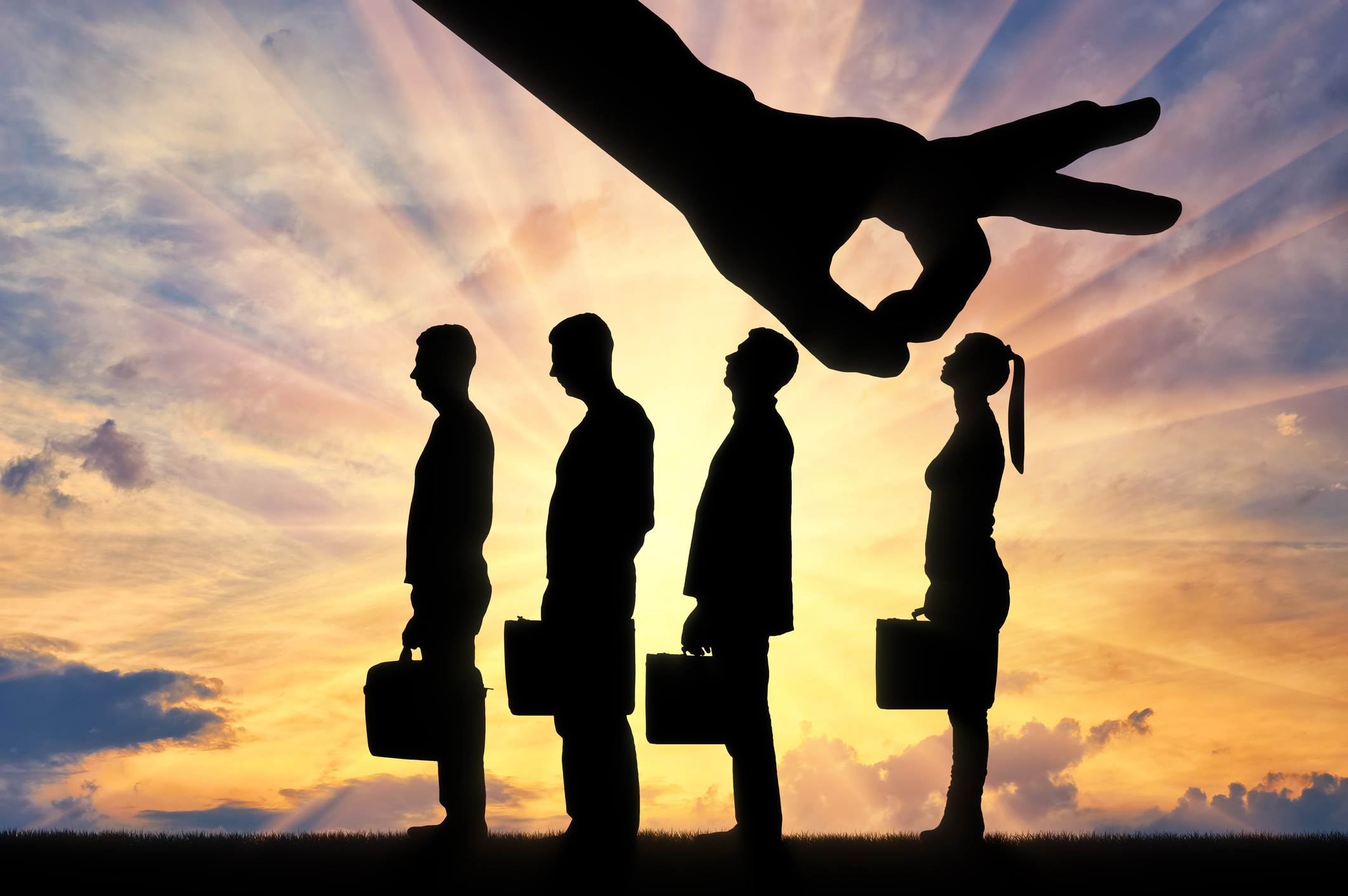 The Zionist Federation of Australia was one of the first signatories of the NCJWA (Vic) gender equality pledge in 2019. A year on, president Jeremy Leibler admonished the latest findings, saying, “It’s disappointing that well into the 21st century, over a third of women associated with Jewish communal organisations are reporting that they feel that women don’t have the same opportunities as men for leadership in organisations.

“Worse yet, the figures relating to sexual harassment in Jewish organisations raise serious alarm bells – our community organisations should be places where safety and respect can be taken for granted.”

He said the statistics “are a clarion call to all in our community”.

“Women have to be acknowledged, appointed and promoted on the basis of their merits and to be safe from harassment at all levels in the workplace,” he implored, urging organisations to actively invite women to join boards and to make such volunteer roles appealing and accessible to people who already juggle multiple responsibilities.

“We need to value the diverse approaches brought to the table by a diverse board, rather than to continue to appoint people in the image of those who preceded them.”

“It takes commitment and it takes intention – and it’s worth it.”