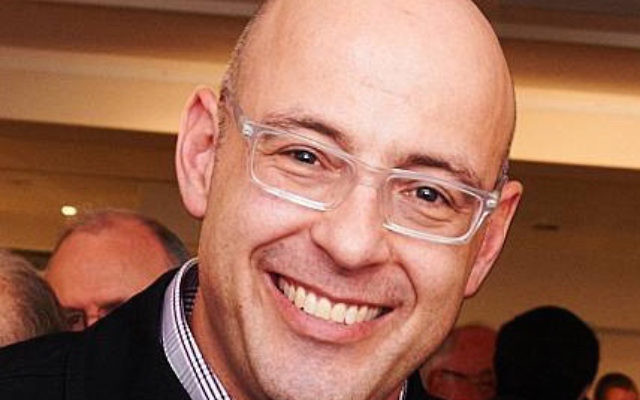 Sadly missed by all who knew him: The late Ben Cowen.

THE Jewish community was in mourning this week after news that Ben Cowen, youngest child of former Governor-General, the late Sir Zelman Cowen, was killed in a paragliding crash.

Cowen, 50, of Melbourne, was paragliding near Fairhaven on Victoria’s Surf Coast on Sunday afternoon, when he plunged 15 metres and was thrown into a cliff before falling on a roadway.

Paramedics were called to the scene within minutes, as locals rushed to his aid, but they were not able to revive Cowen, who had suffered critical head and leg injuries.

Rabbi Shimon Cowen told The AJN his younger brother’s fatal crash was “a terrible tragedy” and described him as “a good man and a proud Jew” with “a bounding spirit”.

“He was a person of boundless positivity, generosity and good naturedness,” Rabbi Cowen reflected.

Ben “was tremendously devoted to our family as a whole, not just to his immediate family” and played a key role in looking after Sir Zelman in his final years when their father was beset by health problems.

“He was a great steward to the family as a whole … absolutely devoted to his siblings and to my mother [Lady Anna Cowen],” said Rabbi Cowen.

Additionally, Ben volunteered for the United Israel Appeal, was a member of the Community Security Group and was an involved parent at King David School.

A proud father, he recently celebrated the bar mitzvah of his son Mitch and the twin bat mitzvahs of his daughters Alexandra and Charley.

In a message to King David School families and friends, principal Marc Light expressed “profound sadness” and condolences to Ben’s wife Lahra and their three children.

“We will do all we can to provide care and support to the family during this difficult time … May his memory be a blessing.” he said.

The Executive Council of Australian Jewry sent letters to Cowen’s wife and children and to Rabbi Shimon Cowen, expressing its condolences and support.

Trained as a lawyer and investment banker, Ben moved into retail in 2003, co-founding the Anaconda adventure megastore chain and was an outdoor enthusiast who enjoyed camping, skydiving and paragliding.

He was the youngest of four children of Sir Zelman and Lady Anna, and is survived by siblings Rabbis Shimon and Yosef Zvi Cowen and his sister Kate.

Funeral arrangements will be made after a coroner’s finding.