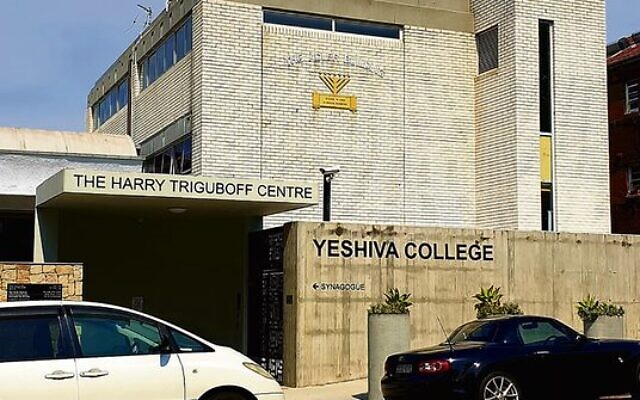 RABBI Dovid Slavin said he has known about proposed plans to rezone the Harry Triguboff Centre in Bondi, but he is confident Our Big Kitchen (OBK) and the adjoining synagogue are “here to stay”.

Meriton founder Harry Triguboff, who owns the land used by the synagogue, OBK, Yeshiva College and JEMS, wants it rezoned from social infrastructure to medium density residential, which would permit a low rise apartment building.

According to a report in the Sydney Morning Herald, Waverley Council rejected Triguboff’s rezoning proposal earlier this year, prompting him to lodge a review with the NSW Planning Department.

In a letter to Waverley mayor Paula Masselos, Triguboff said the council’s decision had left him with “useless land and buildings which is unproductive and not good for anybody”.

The centre has served the community for decades, while OBK distributes more than 250,000 meals every year, and Rabbi Slavin told The AJN that Triguboff has been the “driving force behind everything we’ve done”.

“I can say, unequivocally and absolutely, that Harry has been there right, left and centre in terms of support,” Slavin said.

“Nothing that happens here would have happened without him. From decades and decades of being the major supporter, to having bought the building, renovated the building – he has supported us every step of the way.

“But there are different considerations that he has to make, to make sure that we’re getting the best outcomes here.

“So this rezoning is something that we’ve been aware of for quite some time and there are reasons for that to happen, because it will help some of the programs we do here in terms of the zoning.

“But I really can’t adequately express how central he is to all that we do here.”

While Rabbi Slavin is confident about the future of OBK and the synagogue, what’s next for Yeshiva College is not so certain.

The school’s registration was cancelled at the end of September for non-compliance relating to proper governance, teaching and curriculum, but Rabbi Slavin remains hopeful.

“The school itself is going through some changes, but we’re still hopeful it will be able to relaunch. It’s been back and forth and very, very complicated, but time will tell.”

The college came close to collapsing in 2012, before Triguboff stepped in to buy the Bondi property and appoint Slavin as the school’s chief executive.