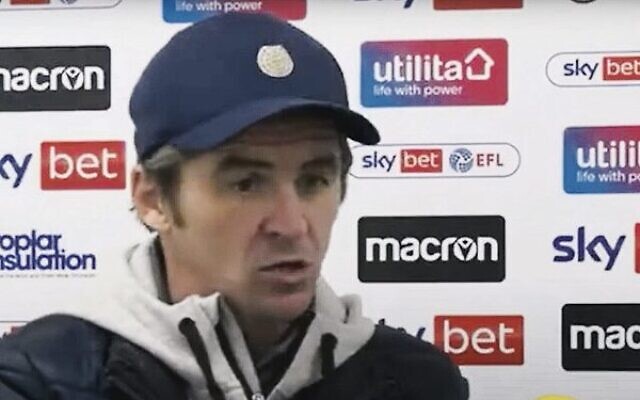 THE manager of a professional English soccer team has apologised after comparing his team’s loss in a recent match to the Holocaust.

Barton later apologised for the analogy.

“I’m just going to say there were some comments made after the press conference last week where clearly no offence was meant, but some people have rightly pointed out to me the use of the analogy was not correct,” he said.

Barton said he received a reminder from the Football Association (FA), the governing body for soccer in England, regarding “our language and communications”.

“The last thing you want to do is cause offence or upset anybody,” he said. “So if anybody was offended by that, I would like to apologise for that and I think the FA were right to write to me and remind me of that.”

The apology came after Barton received criticism for his remarks after last week’s loss, including by a local politician and Jewish Labour Movement member who called the analogy “appalling” and said the coach should consider his future with the team.