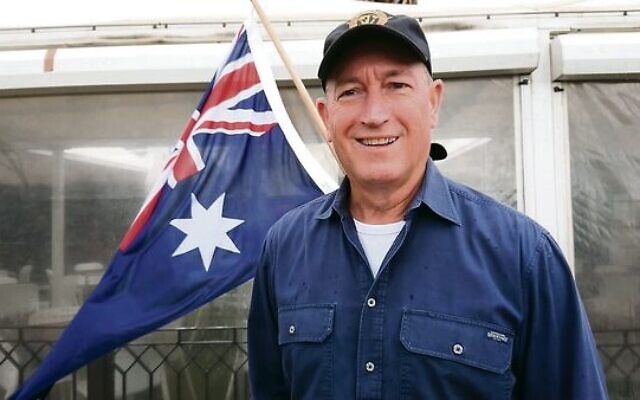 META, the corporation running Facebook, has withdrawn an antisemitic post after the Executive Council of Australian Jewry (ECAJ) made an approach to the social media giant.

In a response to a post by former senator Fraser Anning – in which he shared an article on “globalism”, Russia, the West, and the Ukraine war – an individual named Scott Arrowsmith stated, “A lot of us know it as well. The ‘west’ is not the golden child it makes itself out to be.

“Ashkenazi jews [sic] are in control and have been for a long time. Time for a wake up and a step back to individual freedoms.”

A Facebook reader contacted The AJN after sending a complaint to Meta, only to be informed that it would not pull down the antisemitic comment.

Instead, Meta sent a standard notice indicating it had reviewed Arrowsmith’s comment, but “found that it doesn’t go against any of our Community Standards. For this reason, we didn’t take the comment down”.

Adding that “we understand that you don’t like it”, Meta’s notice advised the complainant, “We recommend that you hide the comment or unfollow, unfriend or block the person who posted it.”

ECAJ co-CEO Peter Wertheim contacted Meta, asking why the decision had been made to leave the comment up. He was advised there would be a “re-review” and Meta later notified him the comment “violates our Community Standards and it’s been removed”. 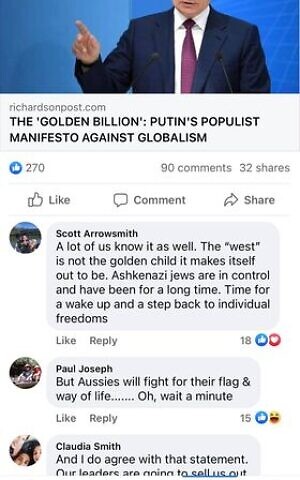 Wertheim stated, “The ECAJ had no difficulty in persuading Meta executives to remove the comment when we raised the matter with them, and we commend them for their prompt action. We look forward to a time when comments of this nature are removed automatically without the need for higher-level intervention.”

Although the article which Anning shared did not contain any racist or antisemitic references, his maiden speech to Parliament in 2018 caused a firestorm when he proclaimed, “The final solution to the immigration problem is, of course, a popular vote,” using the Nazi euphemism for the Holocaust in connection with immigration to Australia.

The speech also called for a plebiscite on the reintroduction of the White Australia Policy and barring Muslim migration.

In 2019, Anning alarmed Melbourne residents of St Kilda, which has a strong Jewish population, by attending a rally led by extremist Blair Cottrell, founder of the far-right United Patriots Front.

Anning had stood as a One Nation candidate for the House of Representatives in 1998 and was third on the party’s Senate ticket in 2016, but missed out on a Senate spot.

However, the following year, when One Nation senator Malcolm Roberts was ruled ineligible to sit due to holding British citizenship, Anning became his replacement, later sitting as an independent. He lost office at the 2019 elections.