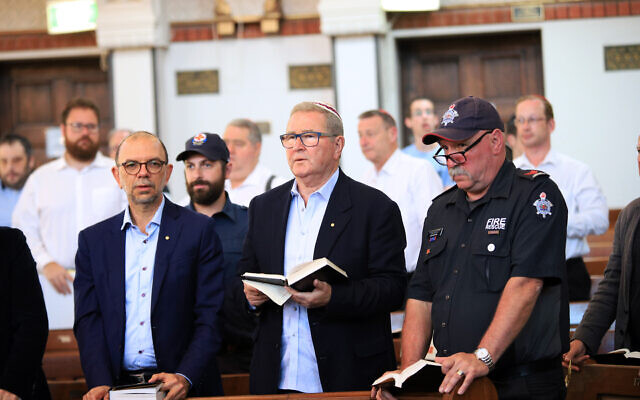 SPEAKING at Sunday’s Evening of Tefillah, Tzedakah and Solidarity at St Kilda Shule, Melbourne Metropolitan Fire Brigade firefighter John Branagan told attendees that while fewer lives have been lost so far than in the Ash Wednesday fires of 1983 and Black Saturday in 2009, the damage has been enormous.

“The support we’ve been getting from every religious group, every cultural group has been overwhelming.”

Victoria Police Sergeant Rowan Epstein, meanwhile, became emotional as he detailed his harrowing experiences fighting fires at Cann River under darkened daytime skies in 43 degrees, with power cut off. The Jewish police officer lauded the bravery of colleagues and of volunteers from the State Emergency Services and the Country Fire Authority. 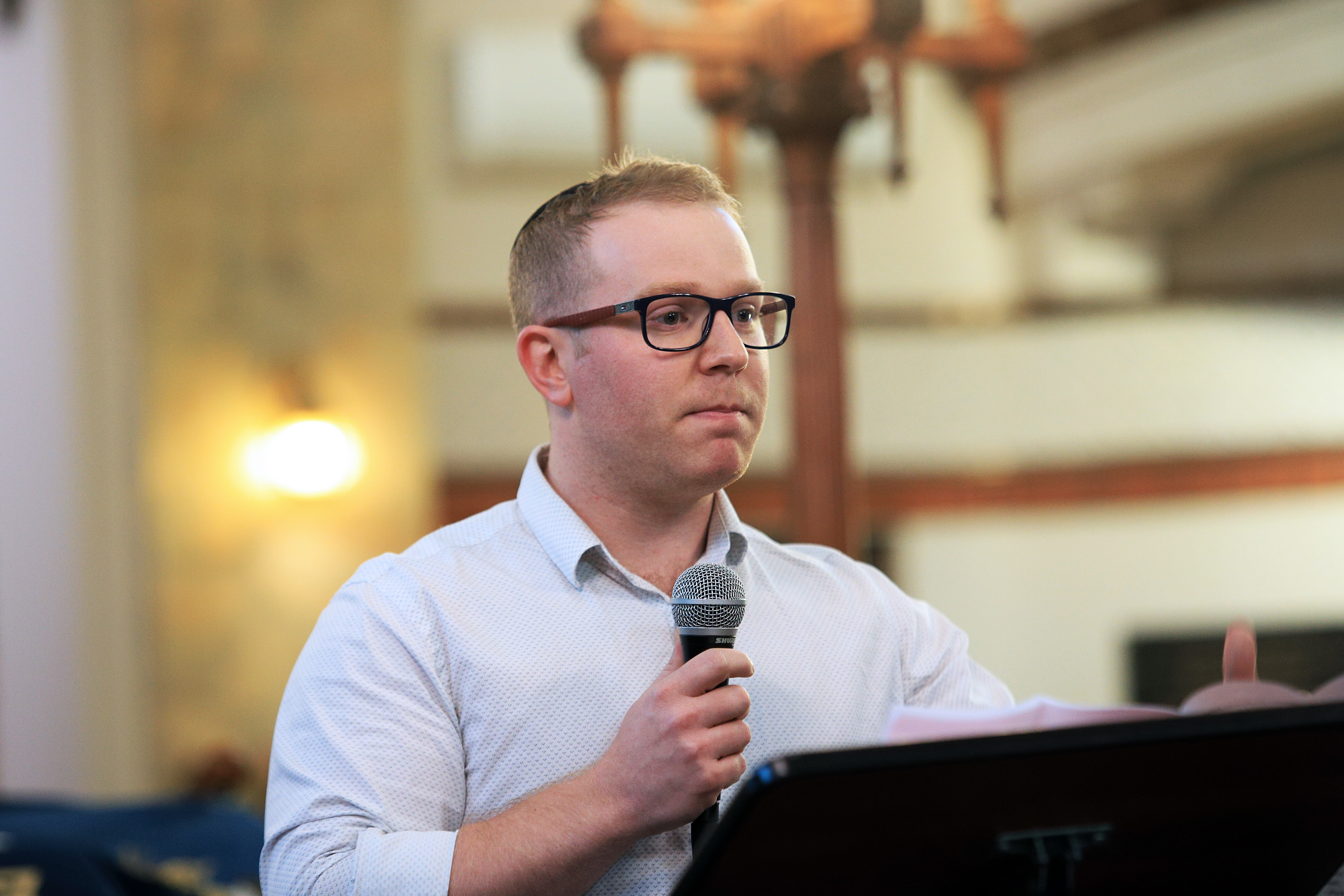 Urging the Jewish community to do its utmost in donations and fundraising, Caulfield MP David Southwick described the fires as “not a normal natural disaster that comes and goes”.

Visiting East Gippsland, Southwick met farmers fighting to stay on the land and save their stock, amid an economical debacle “that will take years to rebuild”. Rabbis Ralph Genende, Philip Heilbrunn, Shmuel Karnowsky, Moshe Kahn and Pesach Steinberg offered prayers, and the St Kilda Shule Choir sang Adon Olam to the mournful tune of In Flanders Fields.

Members of Melbourne’s Jewish community came together on Sunday for an evening of Tefillah, Tzedakah and solidarity for the thousands affected by the devastating Australian bushfires. Full coverage in this week’s AJN. ???? @peterhaskin_photography

RCANZ president Rabbi Yaakov Glasman, St Kilda Shule’s senior rabbi, said, “One image that captured the heart of our nation” was of 19-month-old Harvey Keaton – whose father Geoff, a volunteer firefighter, died in the fires – gazing at his father’s coffin.