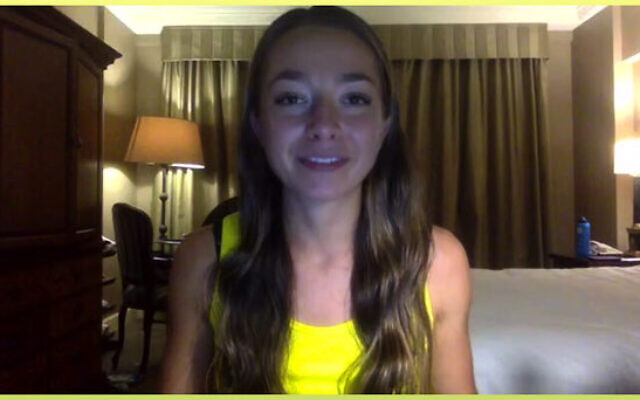 AT his first Olympics since 2012, 28-year-old Sydneysider Steve Solomon posted a PB time of 44.94 seconds in the men’s 400m heats in 39 degree heat in Tokyo, and backed up the next day to clock 45.15 seconds in the semis to finish in 13th place overall.

And in her debut Olympics, 23-year-old Melburnian Jemima Montag came sixth out of 58 in the women’s 20km race walk in 1 hour, 30 minutes and 39 seconds, just 42 seconds behind bronze medalist and 2016 Olympics champion Liu Hong of China.

Both Jewish Australian Olympians – while still in hotel quarantine back in Australia – spoke to Dr Sarah Kelly in a live webinar on August 18 hosted by JNF, Maccabi and The AJN.

Here are some highlights.

Q. How did you go from being good at your sports, to reaching the elite level?

Montag: I had to build a high performance environment around me – a support network – family and friends on board . . . a [sport] psychologist, dietician and strength and conditioning coaches. And that move to high performance was [also] about self-awareness and continuous reflection.

Solomon: You have people that become key figures in shaping your destiny . . . my first coach James Roth, then Fira [Dvoskina, and now Penny Gillies]. So what started as a talent became a profession. I grew up painting my face green and gold . . . and I’ve just been very lucky now to have been competing in the uniform for 10 years.

Q. Describe what is needed mentally and physically in your events.

Solomon: The 400m is 43 to 45 seconds of focus – an event where you’re fatigued by the generation of lactic acid, so your body starts to shut down on you. As sprinters, we go into this deep, almost meditative focus, so when the gun goes, you’re just in your own zone, and that carries you throughout the race. As soon as you crack your focus, everything crumbles. In Tokyo, for my first race it was 39 degrees – so hot they poured water on the starting blocks. [After getting a PB], I remember the first thing I did was identify where the water was!

Montag: Once my race starts, it’s all about the mental dialogue, as the physical preparation is done. The brain is going to start feeling pain narratives later in the race, so I really try teaching myself it is something I can [cope with], by just bringing myself to focus on more mindful things, like technique and race plan.

It was 34 degrees at the start, and I was actually thrilled about that, because I’d been doing a lot of heat prep – even installing a sauna at home.

It’s incredible to see how far ahead Australian sports science is. The first thing I did on race day was hyper hydration, and then I sat in an ice bath for half an hour before the start . . . so at the 15km mark, I still felt great.

Q. How do you balance your life outside of sport?

Montag: I finished a Bachelor of Science last year and I will start a postgraduate course in medicine in February, which I’m looking forward to.

This year I was really excited to be named one of 25 International Olympic Committee Young Leaders from around the world. We’ve been given a challenge to build a sport-based social enterprise that tackles a pressing issue we’re passionate about. My project is going to be school-based, about the decline in participation by girls in sport and physical activity, which is something I experienced as a young girl. It will identify the barriers, and what we can do to tackle them. I’m also an ambassador for Blue Earth, which provides physical literacy education to students.

My coach says that happy athletes train and perform well, so having hobbies, and building identities outside of sport, is very important.

Solomon: I had a magnificent experience studying at US universities [Stanford and Duke, where he completed science and technology, and business management degrees], I had great [running] coaches there, and just fell in love with technology and entrepreneurship.

I’ve worked at Uber Eats [head office in Sydney] for the last three years, which I really enjoy. As long as I remain happy and I’m enjoying what I’m doing, and still learning and feeling like I’m improving, then I’ll keep going [in running], but at the same time, I’m looking forward to, at some point, putting all my time and energy into another focus . . . and that’s really empowering. 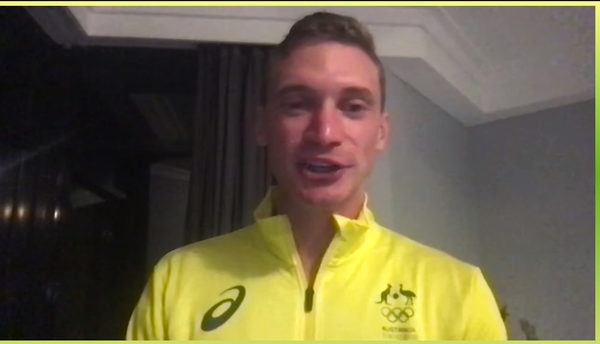