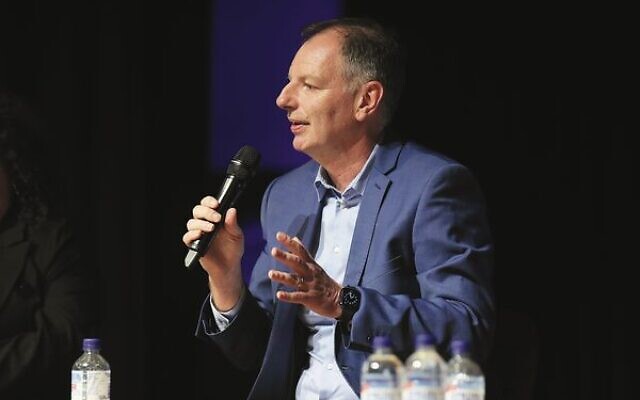 Member for Caulfield and deputy Liberal leader David Southwick has called on the Andrews government to have the International Holocaust Remembrance Alliance (IHRA) Working Definition of Antisemitism adopted on all Victorian university campuses.

The request comes amid developing legal action against the University of Melbourne Student Union (UMSU), which in April this year passed what was described by the Australasian Union of Jewish Students (AUJS) as a “blatantly antisemitic” motion.

The motion was ultimately rescinded after a non-Jewish student, Justin Riazaty, threatened legal action, and then replaced with a similar motion.

Papers have now been served to UMSU by Riazaty and his team, which is putting forward a formal case that UMSU acted outside of its proper purposes as a student representative body in passing the motion.

In the wake of this development, Southwick on Tuesday sent a letter to Premier Daniel Andrews in which he called on the Premier directly “to take action to ensure the safety of Jewish students by working to have the IHRA definition adopted on all university campuses in Victoria”.

He said his challenger in Caulfield, Labor’s Lior Harel, “appeared not to be aware that Labor-affiliated students had contributed to the passing of this [the UMSU] motion”.

He requested Andrews ask Labor student movements to use their influence to formally adopt the definition within student unions as well as to ensure all Labor candidates at the state election are aware of the government’s bipartisan progress on combating antisemitism, and the risk of antisemitism on campus.

At a media announcement last week, Harel said of the UMSU motion, “The first words [the Premier] said to me … were, ‘I know what’s happened at Melbourne University … and I’m going to do whatever I can to stamp that out.”

Harel later told The AJN, “It’s desperate and clearly politically motivated that David Southwick has waited five months after this motion was passed to ask the Premier to weigh in.”

Andrews told The AJN this week, “My government will always stand with the Jewish community against antisemitism and BDS, and that’s why we adopted the IHRA Working Definition of Antisemitism.”