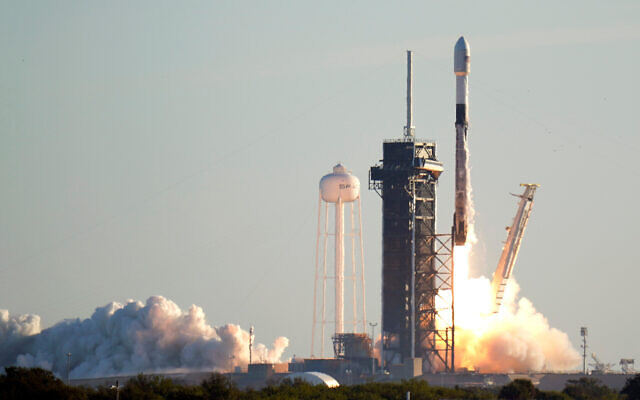 A Falcon 9 SpaceX rocket lifts off from pad 39A at the Kennedy Space Center in Cape Canaveral, Fla., Wednesday, Jan. 20, 2021. The payload is the 17th batch of approximately 60 satellites for SpaceX's Starlink broadband network. (AP Photo/John Raoux)

AN Israeli cancer drug has returned to Earth after a series of tests on the International Space Station (ISS), conducted in the hope it may prove more effective in micro-gravity.

Prof. Yehezkel Bernholtz of the Hebrew University is analysing results from the experiment to see whether there is any truth to his hypothesis that treating cancer patients with his drug in space-like conditions, where gravity is lower than normal, could have benefits.

Bernholtz, an expert in biochemistry, nanotechnology and drug development, is the inventor of Doxil, which became the first nano drug to receive approval from the US Food and Drug Administration, back in 1995.

Almost a million people around the world are believed to have been treated with the drug, including patients suffering from ovarian cancer and multiple myeloma. Bernholtz, the founder of Ayana Pharma, designed an experiment in which the drug meets tumour cells on the ISS, and packaged it in a container the size of two cigarette boxes.

It was blasted into space in early January on a SpaceX Falcon 9, as part of a smart laboratory developed by Israeli company SpacePharma, and recently arrived back on Earth.

“What we want to check is whether the active molecules that kill the tumour cells are released, when in microgravity, at a rate and in a manner that makes them more effective,” Bernholtz told The Times of Israel. 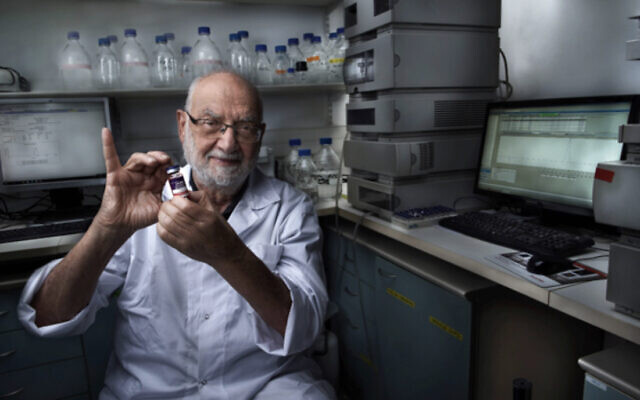 Prof. Yehezkel Bernholtz of the Hebrew University and founder of ay Pharma, holding a vial of Doxil (courtesy of Ayana Pharma)

He said that the microgravity of space is the best place to test the possibility, but if microgravity is found to boost the medicine, then the conditions of space can be replicated, to a degree, on Earth. “If this idea proves correct, we already have equipment to imitate microgravity on Earth, and we can use it with cells, then to test with small animals, and if relevant we can try to apply microgravity to humans undergoing cancer treatment.

“The samples will now undergo a series of tests, and its results will be examined and analysed so that we can better understand the effects that zero gravity has on Doxil and whether there is a change in the drug itself or in its action against cancer cells under zero-gravity conditions.”

NASA and others are deeply interested in the potential of “exomedicine,” the study of medicine in zero gravity. NASA has explained the rationale in a post: “Without gravity, cells, molecules, protein crystals, and microbes behave in very different ways.

“Microgravity thus presents opportunities to explore new and potentially game-changing discoveries in areas such as human tissue regeneration, drug development, treatments for diseases such as cancer and other life-threatening and chronic conditions, as well as energy and novel materials.”

The potential of exomedicine for impacting regular drugs like aspirin is thought to be limited, but it’s believed that some drugs with complex structures that are easily impacted by changing environments could show significant differences in zero gravity.

Bernholtz said that Doxil is well suited for space studies as it has a complex structure with qualities that could conceivably change in zero gravity. “Complex drugs are much more likely to go through changes that other drugs don’t go through,” he said.

Bernholtz added: “This is a highly exciting progress in the world of cancer treatment research as well as in our understanding of the impact of microgravity conditions on the structure and perforce of complex drugs. We are all hoping for encouraging results.”