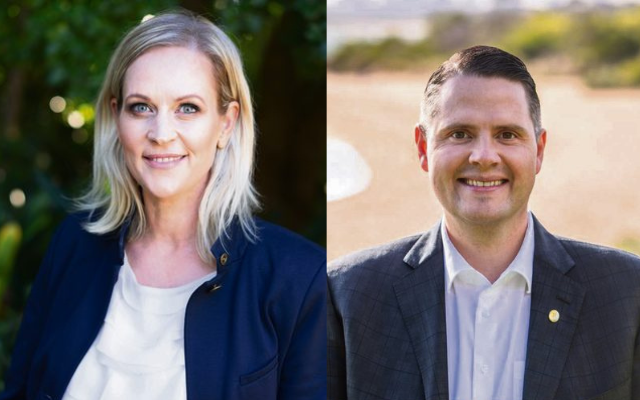 “Only Labor has sent a crystal clear message that equality in Victoria is non-negotiable, and that everyone can live authentically, free of fear and in no doubt that the law has their back too,” said Labor candidate for Brighton, Louise Crawford.

When referencing Victoria’s Equal Opportunity Act, the former mayor said, “Unfortunately, the Victorian Liberals under the leadership of Matthew Guy have committed to undermine this and seek to reverse this. They’ll stop at nothing to cause further division and pain amongst our LGBTIQ+ community.”

Current member for Brighton, James Newbury said he supported “the Liberal Party recognising that schools, like Jewish schools, should have the right to protect their culture … In a non-discriminatory way … a way the community wants.”

While discussing Labor’s policy on funding measures for Jewish community security, Crawford said the ALP has introduced Holocaust education in every secondary school, “making sure those atrocities are never forgotten”.

She also referenced Labor’s recent pledge of $900,000 to the Community Security Group.

Newbury recognised that the Jewish community is “under threat”.

“Every Australian deserves to be safe, treated equally, and able to practise their faith. The Liberal Party, and I as a Member, will always speak out on behalf of the safety of the Jewish community,” he said.

On her policy for combating antisemitism, Crawford said, “Victorian Labor supports the fundamental right of Jewish people to live, work and worship free of prejudice or hate.”

She also referenced the ALP’s adoption of the IHRA definition of antisemitism in May this year, saying that it demonstrates that Premier Daniel Andrews is “a great friend of the Jewish community and the State of Israel and I feel honoured to be running in a seat with a significant Jewish community in Brighton”.

Newbury said, “The Liberal Party is the strongest friend of the Jewish community in Australian politics. In Victoria, we championed legislation that banned the Nazi swastika. And we have been outspoken on Labor’s disturbing recent decision on Israel. On a personal level, I will always be a dear friend to the Jewish community.”