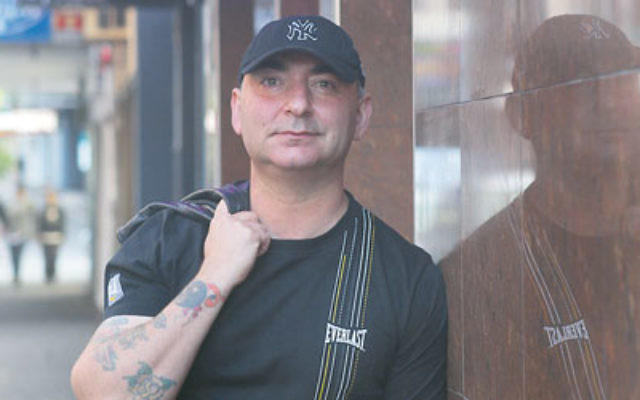 NOT long before he left England for good, Mark Dapin spent a significant amount of time with his grandfather and his grandfather’s last-surviving war buddies, “just drinking”.

The stories they told – and the insults they traded – became the basis for his new novel Spirit House.

Set in Bondi in 1990, the book introduces us to 13-year-old David, who goes to stay with his grandparents, Jimmy and Frida, following his parents’ separation.

There, he spends his time hanging out with Jimmy and Jimmy’s war buddies, and eventually needles the old man into opening up about his experiences during the war.

As Jimmy slowly reveals the horrors he lived through as a POW on the Thailand-Burma Railway, he also reveals the ever-present ghosts of his past.

Finely drawn, engaging and very moving, Spirit House is “kind of a tribute” to his granddad’s generation, “a working-class, Jewish culture that’s essentially disappeared”, notes Dapin, explaining that as this is the first interview he’s done about this book, he hasn’t really figured out how to talk about the issue of its inspiration yet.

It’s clear as he talks that Dapin was close to his grandfather, who died of cancer about four days after the author left England in 1989.

“The year before I had spent a lot of time with him and his last Jewish war mates, just drinking. My granddad was a huge drinker; his mates were drinkers too. So I used to go to the club with them – at first the Working Men’s Club and then the Jewish Club, when his non-Jewish friends died, essentially. And all those characters are based on them,” he notes.

“All that conversation is based on things I heard during those weeks drinking with my grandfather and his friends.”

But although Dapin’s grandfather and his buddies were in the war, they were not based in Thailand. That part of the book has its genesis in the fact that Thailand is where Dapin was when news reached him of his granddad’s death.

“I was in Thailand thinking about my granddad, wishing I’d been there when he died, and I’d just backpacked to Kanchanaburi and I saw the railway, so the two things became connected in my mind – my granddad’s life and his friends; and the Burma Railway – even though they had no connection in reality.”

Although the novel clearly displays the humour for which Dapin is known, both from his popular weekly column in the Good Weekend and from his award-winning 2009 novel King of the Cross, it is laced with far more solemnity than readers might expect from him.

It is, says Dapin, his attempt at “serious literature”. And he does a damn fine job of it.

Fans of King of the Cross will be familiar with many of the main characters, as Spirit House is the second in a planned trilogy of related works, with the third book to tie these two together.

Released this week, it is not a sequel, however (its narrative takes place before that of King of the Cross), and if you’re expecting another crime novel, you’ll be disappointed.

“They are very different books,” Dapin says. “I didn’t want to write another crime novel. I’m not a crime writer; I’m just parading as one. King of the Cross was kind of a Jewish joke about genre fiction,” he adds drolly, before explaining that he wanted to write something that was “more serious literature. So I did Spirit House.”

Indeed, the depictions of Changi, and of life on the infamous death railway in particular, are brutally realistic (as far as I can tell) and gritty. The fact that Dapin was simultaneously editing the upcoming Penguin Book of Australian War Writing while he was working on Spirit House no doubt helped with his verisimilitude.

“I didn’t really speak to returned servicemen,” he notes of his research. “I ­didn’t want to approach it as a journalist job. I didn’t want to take anything from the characters of living people – either in Spirit House or King of the Cross. But I’m also editing The Penguin Book of Australian War Writing, so I’ve been reading nothing but war books for the past two years.

“I would estimate that there’s perhaps 100, mostly vanity published, memoirs of Australians on the Burma Railway. And I read a real lot of them, even before I started the war book. I’ve also been to Changi several times, and I went to Thailand and walked the navigable sections of the Burma Railway up to Hellfire Pass.

“I went with the guy who heads the Commonwealth War Graves Cemetery; he takes the children of veterans/former prisoners back on individual tours, and shows them the camps where their parents worked. He’s got files on everybody that was ever on the railway, and he’s able to say, ‘This where your father worked, this is where his grave is.’ He took me on a tour, so I know the terrain.”