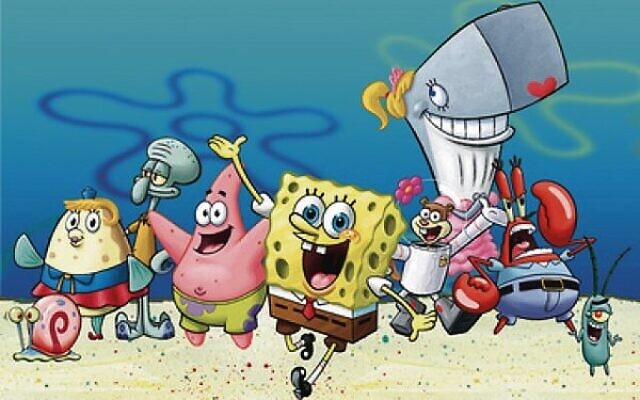 Who lives in a pineapple under the sea? ShvomBob Kvadrat-hoyzn, of course.

That’s SpongeBob Squarepants in case you were wondering, who has received the Yiddish treatment by Eddy Portnoy, the academic adviser and director of exhibitions at the YIVO Institute for Jewish Research in Manhattan. “I can choose anything to translate,” he said, “but this is sort of extra funny, because it’s not something that you expect to hear in Yiddish.”

The lyrics alone were well-received. But then things got even better with Yiddish TikToker Cameron Bernstein recording herself singing the translation.

After 21 years and 276 episodes, the show is the fifth-longest running animated series of all time, and its tongue-in-cheek theme song, loosely based on the sea shanty Blow the Man Down and sung by a pirate, is familiar to at least two generations of viewers.

In the original, the pirate sings, “If nautical nonsense, be something you wish/Then drop on the deck and flop like a fish!” In Yiddish that becomes, “Oyb yam-narishkaytn iz epes ir vintsht/Falt arop af der erd vi a meshugenem fish!”

“People can take this stuff and run with it,” Portnoy said. “For me, it’s just sort of a fun exercise; to see if I can do it, to get it to rhyme, to see if it works.”

Will Portnoy be doing this again anytime soon, though? “If it becomes a regular thing, it’s a lot less interesting to people,” he said. “You can’t make lightning strike twice.”