Jack Davis remembers surfing the waves on the east coast in Queensland. Not successfully, mind you, but he remembers it.

The Mount Scopus Memorial College 2020 graduate remembers being too tired to paddle, hitting the water with a thwack and eventually after 15 seconds of rolling inside, being spat out by a wave feeling sick from swallowing too much water.

Embarrassed to take the surfboards back to the hire company so soon after renting them, Davis and his friend watched the waves for a couple of hours.

When they returned the boards, he smugly told the shopkeeper that these waves had nothing on Winki-Pop, a known surf-break in Victoria that produces great winter swells.

It’s from this surf-break where he got the inspiration for his coffee-table style magazine of the same name – Winki Pop. 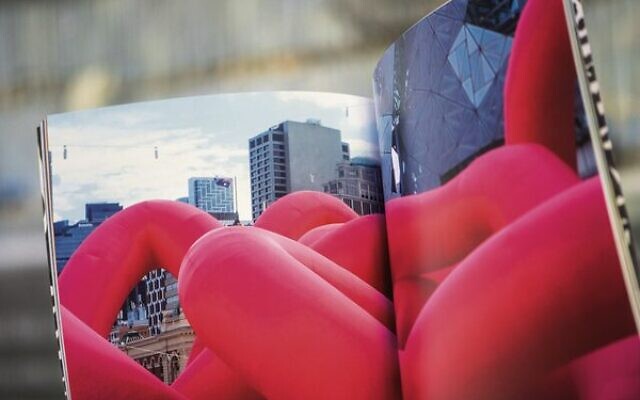 Davis, 18, traces his interest in surf culture to listening to Dick Dale’s Misirlou, a hymn to the surf world. His love of music dates to when he was young and he fondly remembers living in New York as a child, three storeys above Broadway where he was privy to the hustle and bustle of the theatre district, and even an outdoor opera screening.

As Davis says in Winki Pop, “The fact that an event with such grandeur could so easily remove any associated stigmas or barriers, really appeals to me today.”

It’s a concept, he believes can be applied to the art world. And it’s where surf, music and art collide that you’ll find Winki Pop.

Davis describes the magazine, which he produced during the 2020 and 2021 COVID lockdowns, as a contemporary Australian print, spotlighting surf, art and music culture, which intersects pop, lifestyle and experimental design.

He covers Australia’s surfing success at the Tokyo Olympics, showcases the world’s best surf photographers, analyses the power of art over the human mind and even talks to an Icelandic-Chinese jazz sensation rocking the Americas.

And this is just the beginning. The intention, says Davis, is to produce an annual edition filled with new and interesting reading.