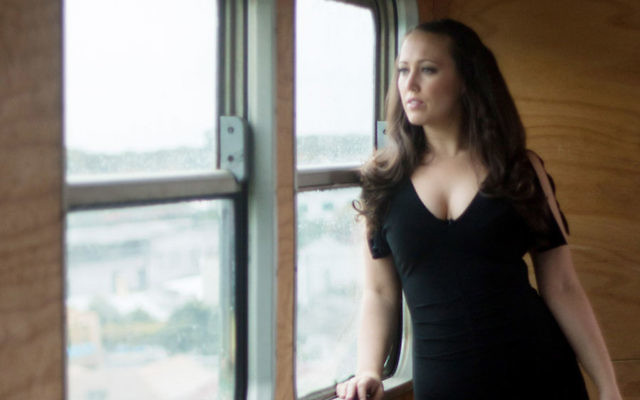 SINGER Fem Belling is living her dream. The talented vocalist, who shot to national prominence last year as a top 20 finalist in the Nine Network hit series The Voice, has a packed schedule right now. And she’s certainly not complaining.

“It’s been such an amazing period for me,” says Belling. “This time last year I was still secretly and frantically filming The Voice. As people now know, I turned all four of the judges’ chairs and went quite far in the competition. It was a really interesting, amazing experience, and I am thrilled that I did it.

“Things are so busy right now, which is what we all work so hard to strive towards. It’s wonderful that Melbourne is opening its arms to me as a performer.”

Indeed Belling, who was born in Johannesburg to a South African jazz-pianist father and an Australian dancer mother, is returning to the stage to play none other than a South African Jewish woman in the new musical CrossxRoads, which premiered at Chapel Off Chapel in Prahran, Melbourne on April 15.

“It’s such an honour and thrill to be part of an all-Australian musical,” she says. “The show in itself is not a comedy – it’s a beautiful romantic journey of sliding doors.

“But my role is a comedic one. I play Hannah, a big South-African Jew from Johannesburg who has settled here in Melbourne – just like me!”

CrossxRoads follows the relationship of a young couple over a 10-year period from their graduation at the start of a new millennium as they embark on personal adventures.

Belling, who has previously starred to great acclaim in hit musicals on London’s West End, is also preparing to perform with her trio Tiggy alongside Monique diMattina and Tamara Murphy at Stonnington Jazz 2016 on May 14 at the David Williamson Theatre.

At the festival, which runs from May 12-22, Belling will also be taking part in Attack of the Clones, a performance and stagecraft workshop.

And there’s more – the 37-year-old songstress is soon to release a new vintage-pop album, with renowned musician John Foreman as her collaborator.

“Everyone wears vintage clothing, buys vintage things and has vintage cars, and I want people to listen to vintage music,” she says.

“I’ve taken pop songs and thrown them into the era of old-school vintage. John and I have created a little bit of magic on an album and I can’t wait for people to hear it.”