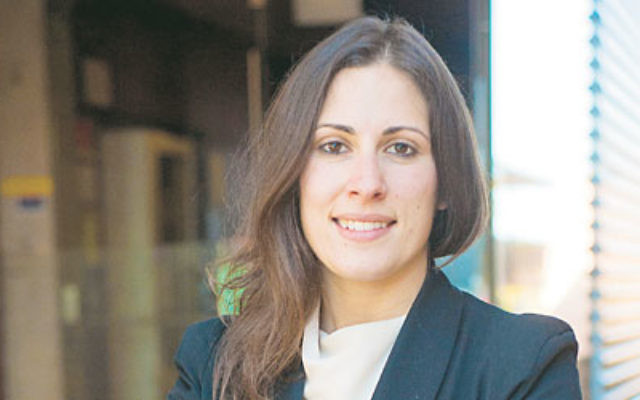 THE challenge of adapting Ingmar Bergman’s 1966 masterpiece Persona to the stage was one that award-winning theatre director Adena Jacobs embraced.

The play was staged at Melbourne’s Theatre Works last year and won acclaim with audiences and critics – earlier this month Jacobs won a Green Room Award for best director in the independent theatre category for the play.

This has led to a second season for Persona in Melbourne from June 27 at the Malthouse Theatre and from July 24 at Sydney’s Belvoir Theatre, where Jacobs has recently been appointed a resident director.

“When you make independent theatre and mount an unfunded project, it’s really satisfying to have your work recognised by awards decided by artists in the industry,” Jacobs told The AJN.

Persona received five gongs at the Green Room Awards, which are the annual performing arts awards for productions staged in Melbourne.

“In the past few years, there’s been a lot of interest in Europe and Australia staging Ingmar Bergman’s works for the theatre,” Jacobs explains.

In Persona, a nurse, assigned to care for an actress who had been suddenly struck mute, loses her own identity when their personas begin to meld.

Jacobs describes the play as “a very challenging and beautiful experiment”.

“It was pretty scary to take on because the film is a cinematic ­masterpiece.”

Jacobs acquired the rights to adapt the film into a theatre production through her production company Fraught Outfit, which she founded in 2010.

“We created Persona from scratch. I’m drawn to material about the experience of being human, and Persona is a minefield when it comes to the intimate ins and outs of relationships, identity, human connection and loneliness,” she says.

“These are huge themes Bergman deals with and it fits on stage with these themes and ideas.”

The staging of Persona at Belvoir Theatre will be Jacobs’ first production as a resident director – a role she was “thrilled” to accept.

“It’s really exciting as it involves both directing my own work and being part of the curatorial process and the core artistic team that is programming the season for the upcoming year,” says Jacobs, who trained at Melbourne University, Victorian College of the Arts and New York’s SITI Company. She is also a member of the Lincoln Centre Directors Lab.

“My new role involves getting a sense of the core stories that we want to tell as a theatre company. I’ve been part of these processes before but never in such detail.”

Last month Belvoir announced the appointment of two resident directors – Jacobs and Anne-Louise Sarks, who is currently directing Lally Katz in her solo show Stories I Want to Tell You in Person at Belvoir.

“It’s quite an epic work set at a boarding school, with 11 women aged 13-16 on stage. We use the core themes and poetic substance of the novella and raise questions about the construct of childhood and how we idealise it.”

On the Bodily Education of Young Girls is at Southbank Theatre, Melbourne from May 31-June 9. Bookings: www.mtc.com.au.