Lowy, who held senior positions in the family’s Westfield Group until 2011, is guitarist for rock group The Dead Daisies, which he formed in 2012.

Lowy and Gavrielov met again almost two years ago in a Tel Aviv café during one of Lowy’s regular visits to Israel, and despite their different styles of music – guitarist-singer Gavrielov, 71, has recorded more than 800 songs since the 1960s, while The Dead Daisies performed amplified rock in stadiums – they discussed working together on a record.

“My father lives in Israel, and I come to Israel every month or so,” Lowy told The AJN by phone from his New York home.

“I had this song in my head that wasn’t good for The Dead Daisies.

“In fact, I never played it to the other guys in the band because I knew it wasn’t the right fit.

“So I played the chord progression to Miki to see if it resonated with him, and he said, ‘Let’s try and write a song around it’.”

Gavrielov enlisted the help of his daughter Shira, an accomplished singer and guitarist, to write the lyrics set around the global COVID-19 pandemic.

And when Israel’s COVID-19 restrictions eased they were able to meet.

“We got together a few times in Miki’s studio in Tel Aviv to work on the song, and sometimes we met at his place and my place, and also worked separately on it,” said Lowy.

“However, when it was time to record it late last year, Israel was back in one of the worst times of the pandemic. We did it a bit by remote control.

“I only got a chance to play on the record towards the end and add some electric guitar music.

“I’m not sure who came up with the title, A World’s Gone Crazy – it was a collaborative effort. It was a crazy time and that was the theme behind the song.

“Miki is a poet and songwriter and guitarist – in Israel he’s a legend. This is the first song he has recorded in English.”

In a recent interview with The Jerusalem Post, Gavrielov said: “I think we need to take care of the world. If we don’t take care of it, we will never get out of this pandemic mess.

“I always express my feelings and thoughts through my music. And I want to get that out to people outside Israel, too.”

The single, described as a soft ballad, was released late last month for a global audience and initial reaction, especially in Israel, has been strong.

“We released it at the right time,” said Lowy. “Already in Israel it has been well received, as Miki is well-known there.”

Asked about another collaboration with Gavrielov down the track, he said: “I don’t see why not. I’d like to perform in Israel with Miki and Shira, and play the song live in concert.”

Gavrielov was born in Tel Aviv to parents of Turkish background and at 14 started playing guitar with leading Israeli performers.

He released his first album in 1983 and over the years has released more than 20 solo albums, plus a similar number of albums collaborating with other artists including those from Turkey and Bulgaria.

He has composed more than 800 songs and been honoured by the Israeli Organisation of Writers and Composers with the Composer Award in 1991 and with the Lifetime Achievement in Music Award in 2007. 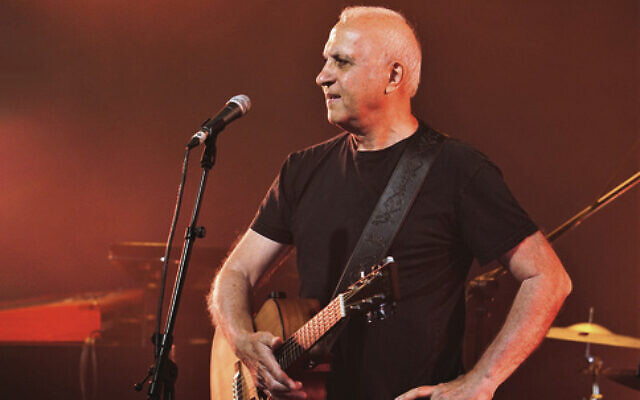 Gavrielov visited Melbourne to perform in concert in 2005.

Since The Dead Daisies released its self-titled debut album in 2013, the band has released seven more albums, with the latest, Holy Ground, in January this year.

Over the years the band has toured Australia, Israel, Britain, Europe, Asia, the US and South America.

The current line-up is Lowy on rhythm guitar, Doug Aldrich as lead guitar, Glenn Hughes on bass and lead vocals, and Tommy Clufetos on drums.

The Dead Daisies will go on tour in the US later this month for the first time since the pandemic.

“We had about 60 shows planned for last year which were cancelled, and there have not been any live shows for more than a year,” said Lowy.

“The first tour is a warm-up tour in small clubs because our current line-up has not played together. Glenn Hughes, a former Deep Purple band member, joined us in mid-2019 so this will be his first tour.

“Later we will have a second tour in larger venues, although we are not sure how many people the authorities will allow under
COVID-19 restrictions.”

When Lowy visits Israel he spends most of his time in Tel Aviv, where his father lives. His mother, Shirley, died in December 2020, aged 86.

Lowy only rarely visits Sydney. “My home is in New York.”