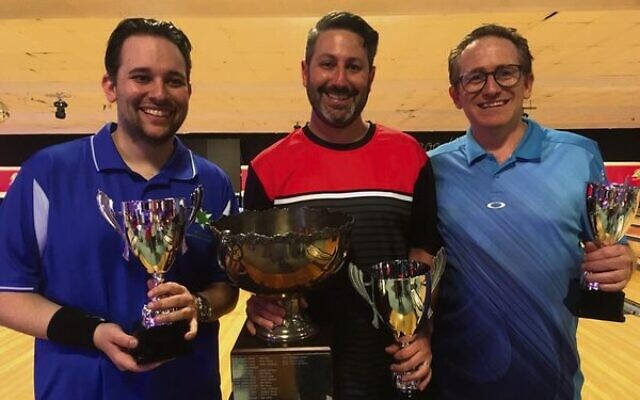 In the scratch competition, Adam Goldberg blitzed the field with an unmatchable average game score of 237.5.

After starting slowly, Goldberg made an outstanding eight strikes in a row to win by 90 pins.

Goldberg’s highest game in the preliminary rounds was 278, which included 11 strikes.

In the earlier game, Kennedy beat Ronnie Lang by 234 to 181 to qualify, but his solid form deserted him in the final.

Naomi Baram was the highest-placed female player, coming 13th with a top game score of 187, followed by Deidre Libbert who came 19th. 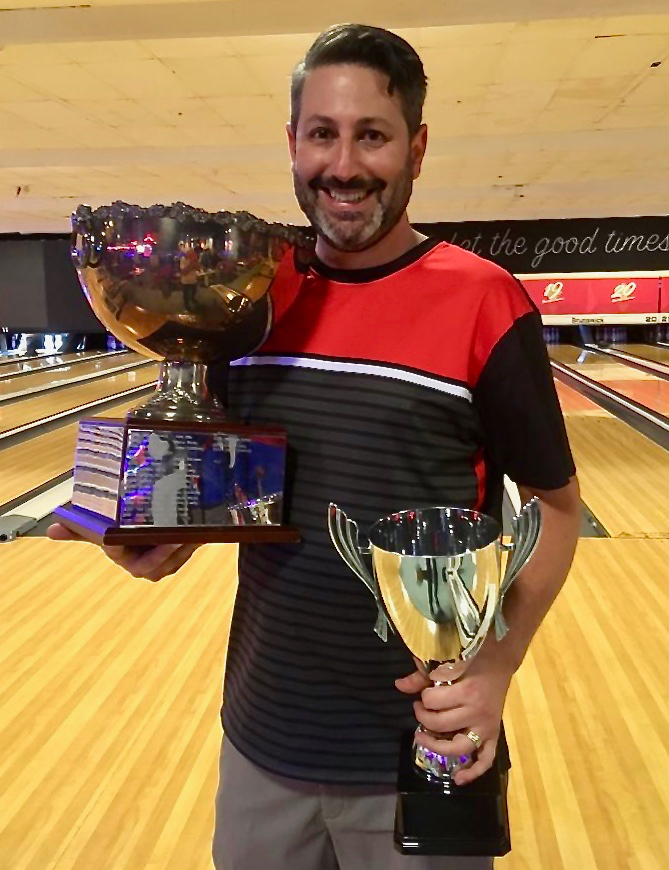 In the handicap competition, Howard Baram finished third in the preliminary rounds, and played Michael Eisenstein in the first knockout game.

Eisenstein was too strong for Baram, outlasting him with a series-plus-handicap score of 224 to Baram’s 197.

At the end of a very close handicap final, Peter Israelski was leading Eisenstein, who needed a strike in the last frame to win.

Eisenstein could only manage to score an 8, so Israelski won the title by 231 to 224. 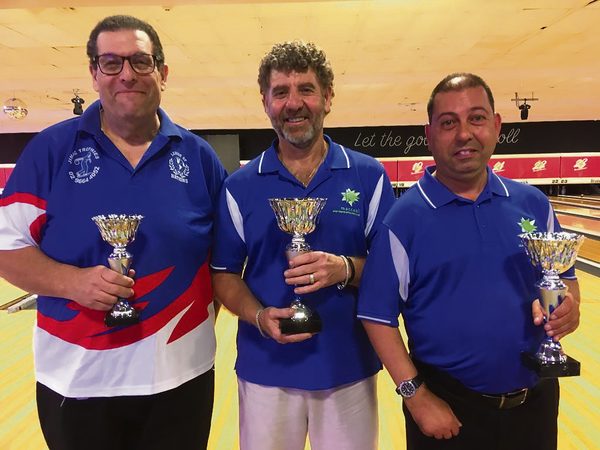