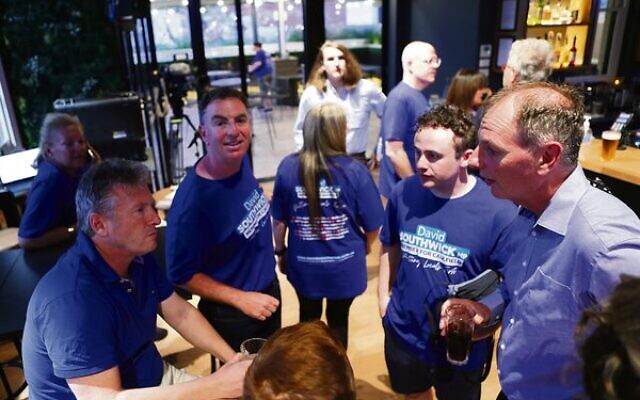 ON election night when Matthew Guy’s Liberals failed to nudge the dial back from their 2018 drubbing, deputy leader David Southwick was quietly confident he would keep Caulfield on postal votes.

By Tuesday, with some 5000 postal votes and 5000 absentee votes left to be counted, and postals breaking 72 per cent Southwick’s way, that confidence almost certainly proved justified. In fact, he appears to have recorded a 3.8 per cent swing towards him.

“There’s no question that the early voting for us was really good,” he told The AJN at his blue-shirts election watch in the Balaclava Hotel on Saturday night.

“Caulfield has bucked the trend. If you look at some of the other seats – that we’ve lost – they were a lot safer,” he said. Asked if six Jewish candidates in Caulfield had raised the stakes, he responded, “If I get over the line, it will be because the Jewish community has stuck with me.”

On the Liberals’ overall performance, Southwick reflected, “We’ve got a lot of work to do with the broader party. I’ve spent a lot of time trying to take the party to the centre, to be a more mainstream party, to be a more progressive party.” Asked about a tilt at the Liberal leadership, Southwick just said, “I’m focused on winning Caulfield.” He was not among four key leadership contenders earlier this week.

At his election party at the Caulfield Park Bowls Club, ALP candidate Lior Harel recounted to The AJN how in 2018, Labor thought it had Caulfield in the bag on election night, but Southwick had scraped in on postals and pre-polls. On the Andrews government’s re-election, Harel said, “I frankly never thought that the Liberals were fit to form government.”

In a sea of red shirts, federal Macnamara MP Josh Burns told The AJN, “It’s an extraordinary night for Dan Andrews … [he] has won three elections as a sitting Premier.”

Among Caulfield’s Jewish candidates, as of late Tuesday, teal Nomi Kaltmann finished well behind with 2160 primary votes, the Greens’ Rachel Iampolski on 4747, Asher Myerson of the Animal Justice Party on 632, and Liberal Democrat Michael Abelman on 547.

Jewish Labor MP Paul Hamer, who co-convenes Parliamentary Friends of Israel with Southwick, won a second term in Box Hill, telling The AJN, “I look forward to delivering on our commitments on education, health, transport and community infrastructure.”

But Jewish Liberal candidate Asher Judah could not turn the tide in Ashwood.

Congratulating Andrews, Jewish Community Council of Victoria (JCCV) president Daniel Aghion said his government “has continued to generously support the Victorian Jewish community … The JCCV thanks Liberal leader Matthew Guy for his long-time and genuine support for our community”.

Zionism Victoria president Yossi Goldfarb said, “Daniel Andrews’ commitment to both Israel and the Jewish community has been unwavering … At the same time, we express our utmost thanks to outgoing Liberal leader Matthew Guy, also a staunch supporter of Israel and the community.” 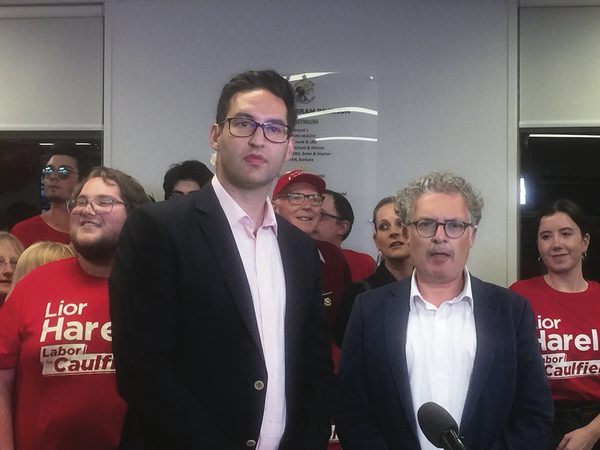