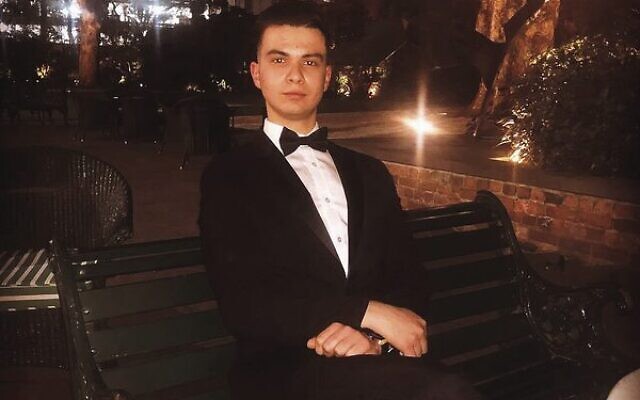 Postgraduate student Justin Riazaty is suing the University of Melbourne Student Union (UMSU) for the “bigoted motion” against Israel that it passed on April 29, saying it “cannot go unchallenged”.

The motion, which was reported in The AJN, called for the university to launch an academic boycott and to cut ties with Israeli institutions. It also suggested Zionism is a racist and colonialist ideology.

“It sets a dangerous precedent that the union can promote one-sided partisan views that have the effect of ostracising part, if not all its members,” Riazaty, who is not Jewish, told The AJN.

“Students at the university should not be made to feel prejudiced, unsafe and mocked by a union whose purpose it is to stand up and be a voice for all students.”

Riazaty, a member of UMSU, offered the union the opportunity to rescind the motion and to post an approved apology to its social media account before 4pm on May 17, in order to avoid legal action.

With the assistance of pro bono lawyers, Riazaty is demanding that the motion be rescinded, as he alleges that it is in violation of the Associations Incorporation Reform Act 2012, and the Racial and Religious Tolerance Act 2001.

He elaborated, “In engaging in the conduct it has, I believe [the union] contravenes its constitution, acts outside its purposes and presents oppressive conduct, all contrary to the Associations Incorporation Reform Act.”

Riazaty is also gathering signatures for an open class-action lawsuit.

President of the Australasian Union of Jewish Students Natalie Gunn told The AJN, “We really appreciate the initiative and effort that has been taken by Justin, a non-Jewish student who’s trying to hold UMSU to account.

“We will provide Justin with any support if he needs it.”