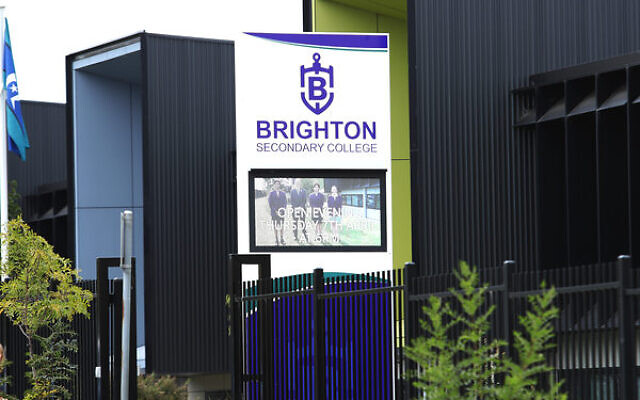 A TEACHER at Brighton Secondary College has testified that a student involved in legal action against the school was “the ringleader” of disruptive students in her class.

Demi Flessa told a hearing in the Federal Court that during a 2018 semester she taught, Matt Kaplan – one of five former students of the college who are complainants in the case – would accuse her of racism whenever she asked him to sit down and be quiet.

The teacher, named in the lawsuit along with teacher Paul Varney and principal Richard Minack, said her class was “a hullabaloo” and “noisy”, with students “yelling, screaming at each other” and she had felt afraid.

Flessa said in one class, she asked students to select a world leader to profile from a provided list, but Kaplan had proclaimed he wanted to write about Adolf Hitler, which left her “shocked and perplexed”. When she rejected his idea, he said he would write about Benjamin Netanyahu, she stated.

The teacher told the court she “had lost control of the class at this point”, there was yelling, and she was again “accused of being racist”. Barrister Adam Butt, for the complainants, said Kaplan had stated his request to write about the then Israeli PM was rejected by Flessa.

Kaplan, his brother Joel, Liam Arnold-Levy, Guy Cohen and Zack Snelling are suing the school for negligence and failing to protect them as Jewish students under federal racial discrimination laws, and the UN Convention on the Rights of the Child.

Flessa rejected claims she had told Cohen that Israel was “illegal”, stating she ran her classes in a non-discriminatory way.

Earlier in the hearing, Minack had told the court he had not apologised to Arnold-Levy after the student reported a knife being held to his throat in a school bathroom, but knowing what he knew now, “it would have been appropriate for me to apologise”.