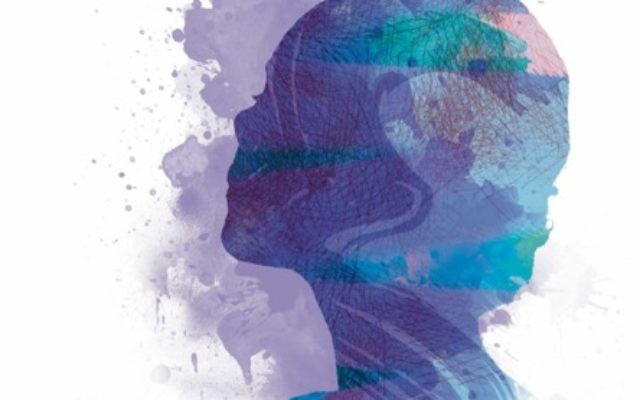 Suicide is the leading cause of death for Australians aged between 15 and 44.
Today is R U OK? Day, imploring us to begin conversations with those around us and provide support in order to prevent the silence that leads to these staggering statistics. So, let’s talk.
Rebecca Davis lifts the lid on suicide.

As Jewish Federal Member for Berowra Julian Leeser stood before Federal Parliament to deliver his maiden speech two years ago, he recounted the moment that his sobbing mother flung open his bedroom door 20 years earlier.

After comforting her, Julian went down the hall to his father’s office where he often worked late into the night.

“There I found his pyjamas in a pile and on the glass-topped table in the hall, was a note, like so many of the notes from my father, written in red pen on the back of a used envelope,” told Julian.

John Leeser’s body was later found at the bottom of The Gap at Watsons Bay.

This was the first time that Julian Leeser spoke publicly about his father’s suicide. And his incredibly intimate account resonated. The video of his speech received more than 72,000 views on his Facebook page alone. Australians from all walks of life were moved.

But suicide touches more people than many may expect. The statistics are staggering – especially given the silence which still largely shrouds the subject.

Suicide is the leading cause of death for Australians between 15 and 44 years of age. On average, eight Australians take their life each day – and the Jewish community is not untouched.

Cassandra Barrett is team leader of Jewish Care Victoria’s Healthy Communities and manages their mental health promotion initiative. She says that while there are no formal statistics around the rate of suicide in the Australian Jewish community, “there is no reason to think that the prevalence would differ from the mainstream community”.

Based on the national suicide rate, Barrett equates that an estimated 10.7 lives are lost to suicide in the Australian Jewish community each year.

“It is estimated that for each person who dies by suicide, a further 30 people will attempt,” she added.
While suicide bears the obvious final consequences for the person who feels there is no other option, what is the road forward for the family and friends that remain?

As Julian Leeser said: “Suicide, they used to say, is a victimless crime, but they never count the loved ones left behind.”

Annette Matov lost her 23-year-old sister, Natalie, to suicide in 2011.

“She had dreams of getting married, having a family, which she was able to achieve and gave birth to her beautiful daughter Georgia who is now 10 years old” – but she was also plagued by depression and bipolar disorder. 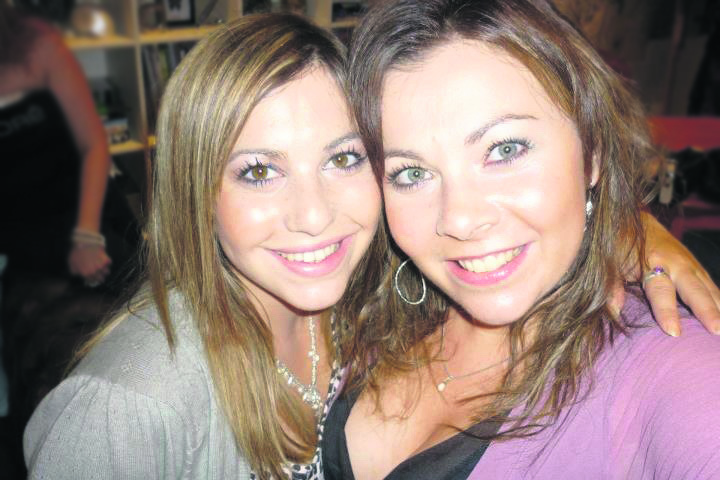 Annette remembers the feelings of guilt, blame and shame that immediately followed her sister’s passing.

“I think that everybody thinks, what could have been done to prevent that?

“But I think that at that moment in time, in that person’s life, they just felt there was no point to life, and everything in the universe allowed their act to happen and follow through.”

Seven years on, Annette’s family still struggles with the complex myriad of feelings that accompany suicide for the bereaved.

Rabbi Rabin holds a masters of counselling and psychotherapy, and has dealt with numerous families who have encountered suicide.

“You have to have an extra sensitive approach, and also recognise what they are going through. Aside from the usual grieving issues there is a whole additional aspect,” he comments.

Rabbi Rabin cites how children bereaved by suicide often experience feelings of abandonment, questioning if their parent truly loved them; while if a parent loses a child there can be a great sense of guilt, “because obviously a parent feels responsible for their child”. 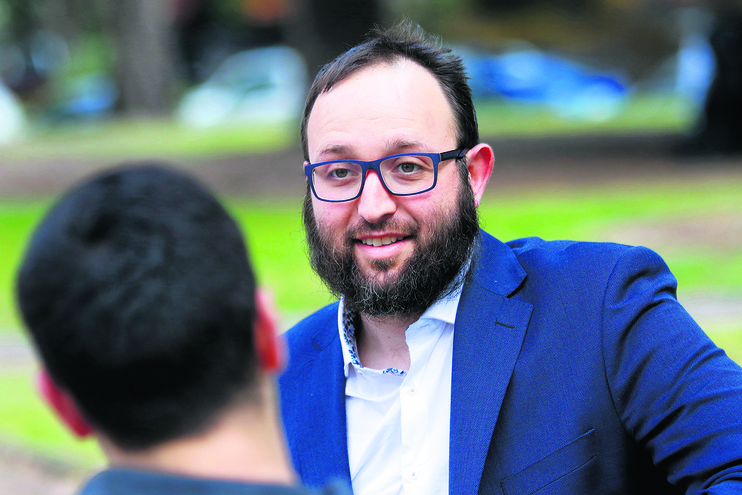 “Meanwhile, for a spouse, there may be resentment for being left with the responsibility of raising children alone, and for managing the finances.”

And then the family has to deal with the community, because despite the commonality of mental illness and suicide, “It is still very taboo, not only in the Jewish community,” observes the rabbi.

Mental illness is so prevalent, in fact, that one in five – 20 per cent – of Australians aged 16-45 experience it in any year. The most common mental illnesses are depression, anxiety, and substance use disorders.

While almost half the population of Australia (45 per cent) will experience a mental illness in their lifetime, 54 per cent of those suffering will not access any treatment.

According to the Black Dog Institute, Australians are more likely to die by suicide than skin cancer – and yet, consider the campaigns, the awareness and the conversations that surround skin cancer. Preventative measures are commonplace, with sunscreen topping a summer shopping list.

We know to “slip, slop, slap”. But what do we know about mental health? How do we respond when a friend confides in us with their struggles, or that their parent, sibling, spouse or friend took their life? Do we notice when a loved one is not quite themselves? And what do we say to raise the issue with them?

R U OK? Day is held nationally on September 13 and seeks to inspire and empower everyone to connect with people around them and support anyone struggling, long before suicide is contemplated. It is a place to start, encouraging regular, face-to-face, meaningful conversations.

According to academic and leading expert on suicide Dr Thomas Joiner, there are three forces at play for someone at risk: the person thinks they are a burden on others, they think they can withstand a high degree of pain, and they don’t feel connected to others.

R U OK? Day aims to address the lack of connection or belonging.

When taboo and stigma pervade an issue, people lack the words required to have these conversations, or may feel nervous about saying the wrong thing. Therefore, those that are struggling are left adrift, while those bereaved grieve in a silo of silence.

“Natalie was a person who had a life. She is still my mum’s daughter, my sister, and I think that makes it really hard when people don’t know how to talk about it, or don’t want to talk about it,” shares Annette.

“It rips those left behind apart, and they have to try and rebuild a life around that. Then on significant days and anniversaries and family times, you feel it all again.

“And when other people don’t acknowledge that it would have been that person’s birthday or it is the anniversary of their passing, maybe you feel more sensitive. So, when someone lets you know that they are thinking of you, it means a lot.”

Following Natalie’s passing, Annette received support from her rabbi Andrew Saffer, the Australian Centre for Grief and Bereavement, and the Support After Suicide service, but she was determined to do more.

She chose not to suffer in silence.

“I proactively decided that I was going to be a bit of a loud mouth, a bit of a speaker, and a bit of an advocate for my sister who didn’t feel that she could speak.

“I realised that by telling one person, it would start people talking, and I didn’t want anyone to hear something through the community that wasn’t the truth. They’re going to hear it from me. I’m not going to hide from this. I’m not going to feel stigmatised by this. And I’ll be damned if somebody else is going to tell the story that isn’t me or my family.”

Annette has since spoken publicly at several Jewish young adult events, and in 2016 shared her story in a YouTube video as part of the Speak Out, Reach Out campaign for Jewish Care Victoria.

And the response was overwhelming. People contacted her from the community – some she knew, others she did not – and shared their personal experiences with mental illness or suicide.

“It made me realise that there are a lot of people going through this and suffering out there. People need to feel that they have a voice and they can talk to somebody.”

And as a community at the forefront of many issues, Rabbi Rabin concedes that the stigma that exists around suicide means that “there is still a long way to go”.

“But, I think the most important thing that we can do as rabbinic leaders is to talk about it and lead from the front by making those grieving a suicide feel they have a place to turn and not feel like they are being judged by the community,” he says.

Echoing Rabbi Rabin’s sentiments, Annette concurs, that “this is not the way it should be – for life to be so unbearable, that suicide is the only option.”

“We need to be having these difficult conversations… I think it is really important to check in on each other, to be connected.

“And for those who feel suicidal, or have been bereaved by suicide, that connectedness with people who care is vital.”

Visit www.ruok.org.au/how-to-ask for a full list of tips on talking to someone for whom you may be concerned.