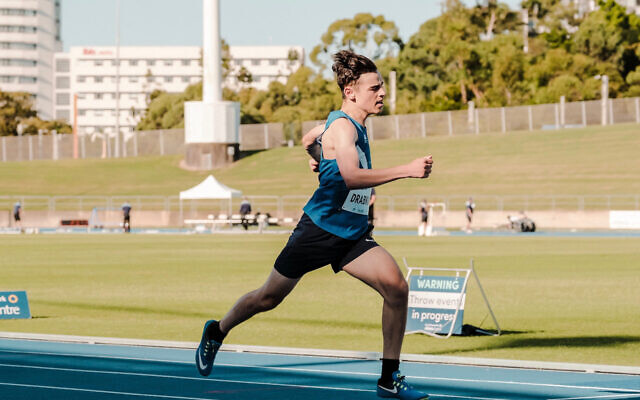 Ori Drabkin in action at the 2022 NSW Open, U23 and Para Track and Field Championships. Photo: Natalie Wong/Beyond The Road

At least six athletes entered the 2022 NSW Open, U23 and Para Track and Field Championships in Sydney, winning three medals between them. 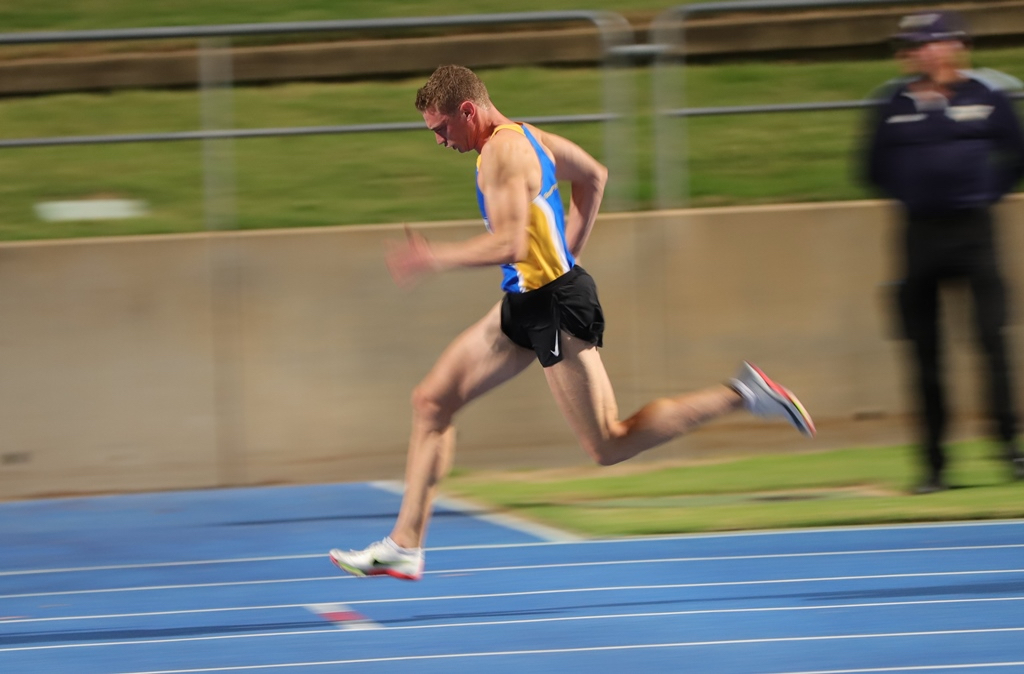 As expected, 29-year-old men’s 400m favourite Steve Solomon won gold and another national title, but it was his fast times that were the talking points.

Hampered for several years by niggling injuries, the Randwick-Botany club member turned back the clock at last year’s Tokyo Olympics when posting a PB of 44.94 seconds to make the semis.

And last weekend, Solomon showed he remains in top form by winning his NSW Open heat in 45.28, and the final in 45.39.

Both times were the fastest recorded by an Australian in a 400m race on Australian soil in 12 years.

Even better, Solomon believes further improvement is ahead.

“I’m in a really heavy training block right now, so the body is a little tired, but I’m really happy with how I came out these last two nights, and executed the race I was hoping to,” he said, adding, “the rest of the season is looking very exciting.” 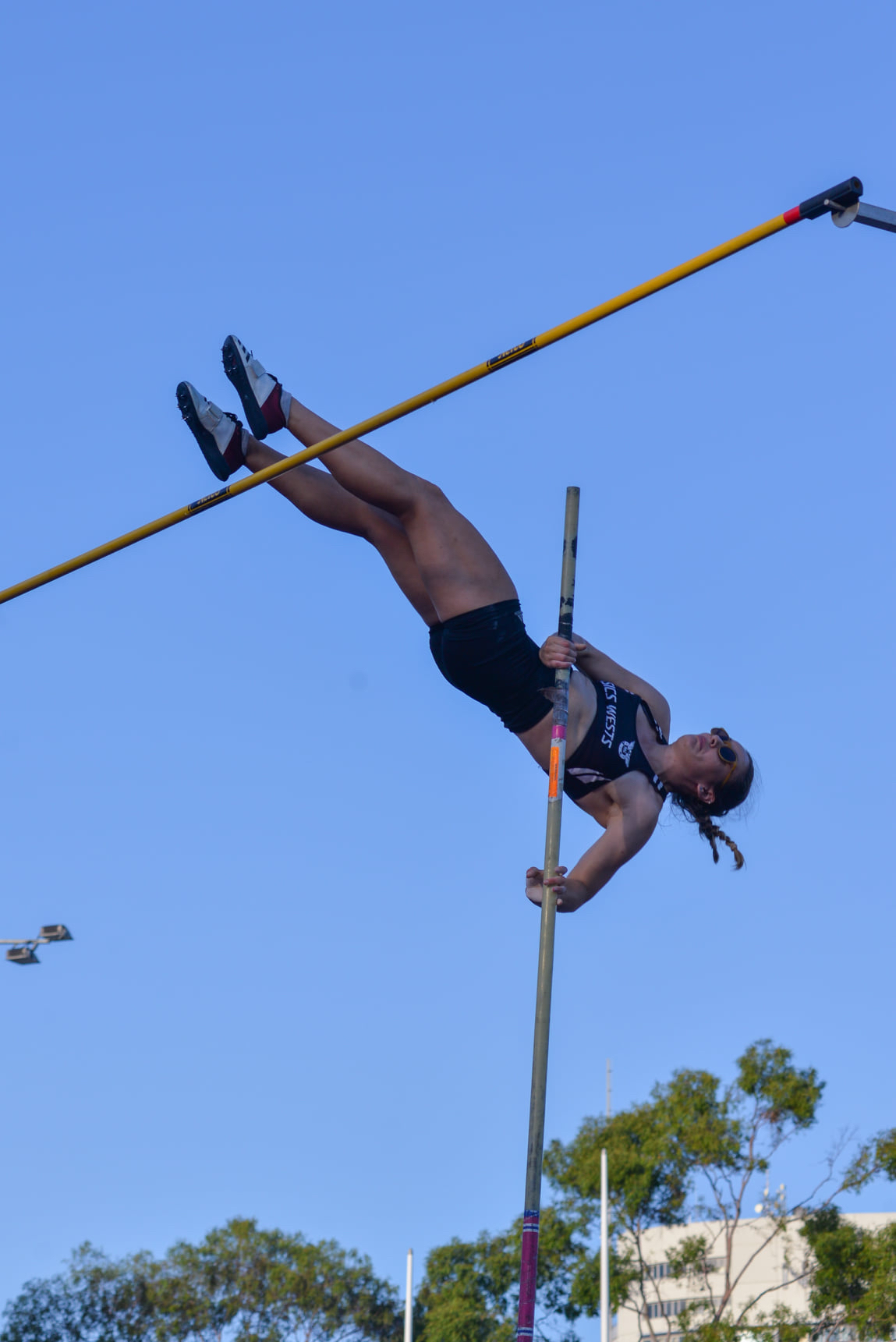 “I couldn’t be happier . . . thanks for all your support,” Drabkin commented on social media. 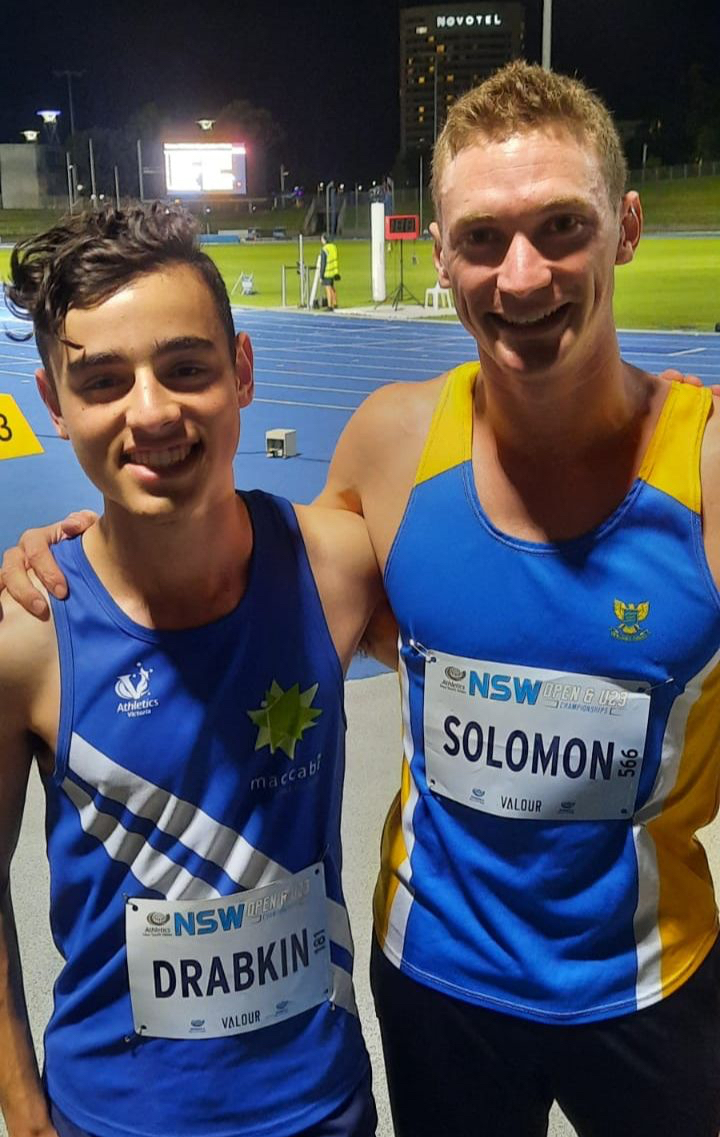 Ori Drabkin (left) with Steve Solomon at the NSW championships.

In the first of two weekends that make up the Victorian Track and Field Championships, a 10-strong Maccabi Victoria contingent earned two bronze medals and multiple PB times.

Ian Revale – who joined the club last September with plenty of enthusiasm – came third in the U16 boys’ shot put with a mighty clearance of 13.1m, which was a massive 1.35m further than his previous best.

Ben Blecher also won bronze for Maccabi in the U15 boys’ 400m final with a PB of 54.73, achieved at the perfect time, as it was 0.03 of a second faster than fourth-placed Essendon athlete Lachlan Hicks. 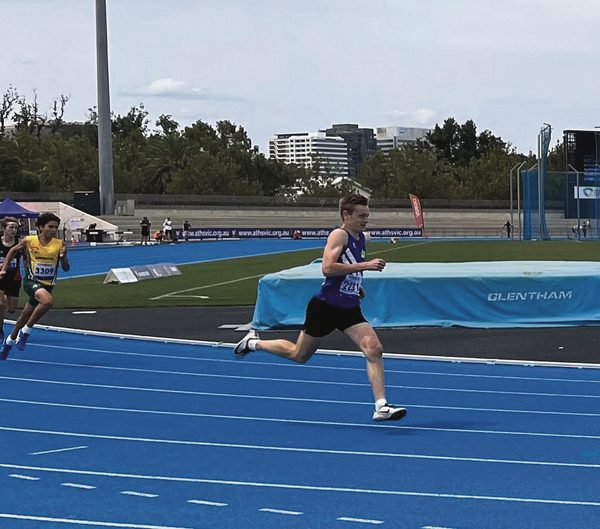 Praising their performances, Maccabi Victoria Athletics Club president Len Bogatin told The AJN, “They’ve all been terrific, and trained really hard for this – some to just keep getting better at what they do, and some as part of their preparation for the Maccabiah Games.”