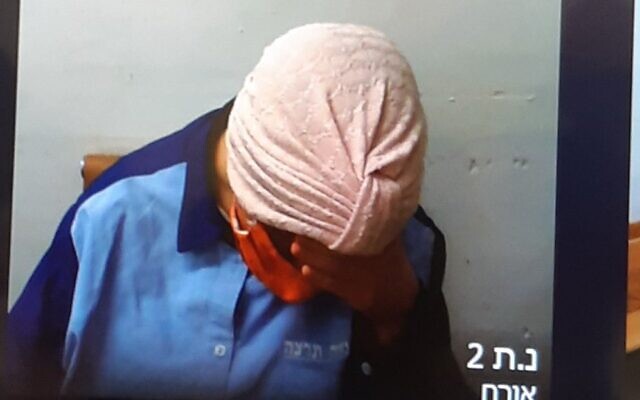 Leifer is wanted in Australia on more than 70 counts of molesting girls she taught at the Adass Orthodox girls’ school in Melbourne. She fled the country to Israel in 2008.

A panel of three Supreme Court justices unanimously rejected Leifer’s appeal, saying none of the arguments presented by her lawyers point to her being mentally unfit to stand trial and be extradited.

6 years and 70 court hearings regarding Leifer's mental fitness! We are exhilarated, finally an end in sight!

During this tumultuous journey there were moments that this did not seem possible!

Bring on Sept 21 and an extradition decision!

A final decision on her extradition will be handed down on September 21.

The head of the panel, Justice Yitzhak Amit, ruled that there was no reason to intervene in the lower court’s decision.

He rejected the claim that Leifer enters a “psychotic state” before each hearing and therefore her mental state fluctuates with the legal proceedings. He cited six psychiatrists determining that she is feigning mental illness.

“Video and other evidence made it obvious that Leifer was faking mental incapacity,” he said.

“This unanimous rejection of her appeal by the Supreme Court helps restore faith in a system that allowed Leifer’s alleged victims to wait for so long. It is past time to bring Leifer back to face justice in Australia.”

One big step closer to justice.

Federal Liberal MP and former ambassador to Israel Dave Sharma said, “This is welcome news. After a long struggle to see justice served in this case, not least by the victims, we are one decisive step closer with this decision.”

If Jerusalem District Court Judge Chana Miriam Lomp approves Leifer’s extradition on September 21, Justice Minister Avi Nissenkorn will have to sign off on the order. However, both the court decision and Nissenkorn’s stamp of approval can be appealed to the Supreme Court as well.

The decision comes hours after alleged victims – sisters Dassi Erlich, Nicole Meyer and Elly Sapper – were granted permission by a Melbourne court to speak publicly again about their abuse allegations.

The trio had sought permission from the Melbourne Magistrates’ Court to be identified after laws which came into effect earlier this year required them to seek a court’s permission first before speaking publicly.