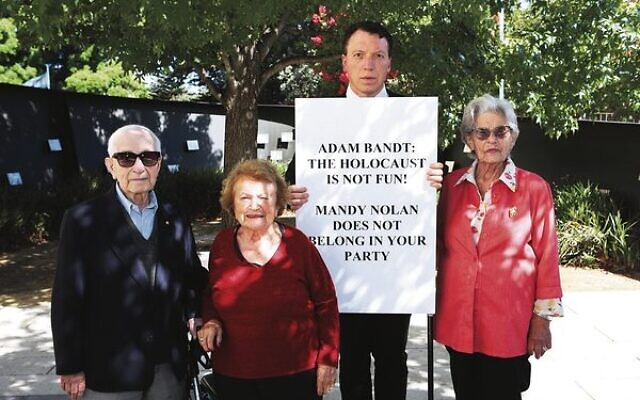 THE NSW Jewish Board of Deputies (JBD) has invited a Greens candidate who once joked that Hitler “had fun” in an op-ed and video to visit the Sydney Jewish Museum and meet with a Holocaust survivor.

But Anti-Defamation Commission chairman Dvir Abramovich is calling for Greens leader Adam Bandt to sack Mandy Nolan as the party’s candidate for the northern NSW seat of Richmond.

In the 2011 video, Nolan opined how her daughter had said she just wants to have fun, before giving a number of examples why life is about more than fun.

“You can’t just have fun, look at Hitler,” she said.

“You know he had fun and did whatever he wanted to do. You know, just ask six million Jews how they feel about that now and he still didn’t get his sociopathic fill. You just can’t do it, it’s unethical.”

Following the surfacing of the video, Nolan was remorseful.

“I am proud of my record of fighting against antisemitism and racism,” she said.

“I apologise if this clumsy metaphor, retelling my frustrated attempts to teach my teenage daughter that she needs to consider her actions, caused any offence to the Jewish community.

“It was certainly not intended. In the remark Hitler was used as an example of a dangerous sociopath who had no moral compass.” 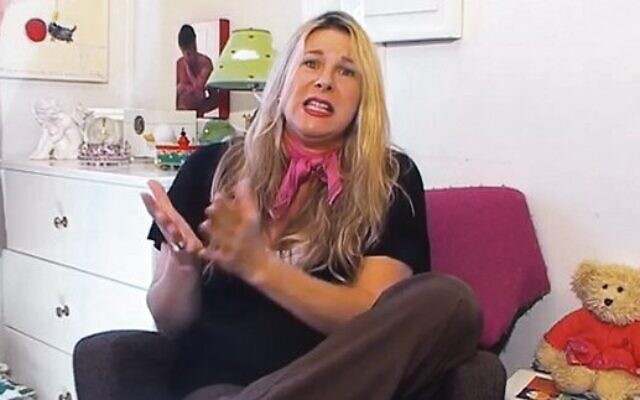 Bandt said that Nolan “is clearly condemning antisemitism and people acting without regard for others”.

“Mandy has a strong history of fighting antisemitism and fascism and has apologised for any distress caused by her comments,” he said.

“Mandy will make a great member of Parliament for Richmond.”

But Abramovich said “all lines of decency” had been crossed.

“Silence in the face of Holocaust trivialisation is not just acquiescence. It is to enable it,” he said.

Together with a group of Holocaust survivors, Abramovich has launched a campaign to persuade Bandt to dump his candidate.

“I, and the Holocaust survivors who have joined me on this campaign, are here to tell Mr Bandt that Jewish blood is not cheap and that we will not be quiet while Ms Nolan’s callous mocking of the victims is given a free pass,” he said.

“So the brutal, systematic and calculated murder of millions of innocent men, women, children and babies was fun? Shame on you,” he exclaimed.

JBD CEO Darren Bark said there “is nothing ‘fun’ about the systematic mass murder of millions of innocent lives”.

“The community deserves better from people who aspire to hold office in Parliament, and while we note that Ms Nolan has since apologised for her ‘clumsy metaphor’, it should never have been said in the first place,” he said.

“We invite Ms Nolan to visit the Sydney Jewish Museum and to meet with a Holocaust survivor so she can hear first-hand about the atrocities committed during the Shoah, and how offensive and disrespectful her comments were.”