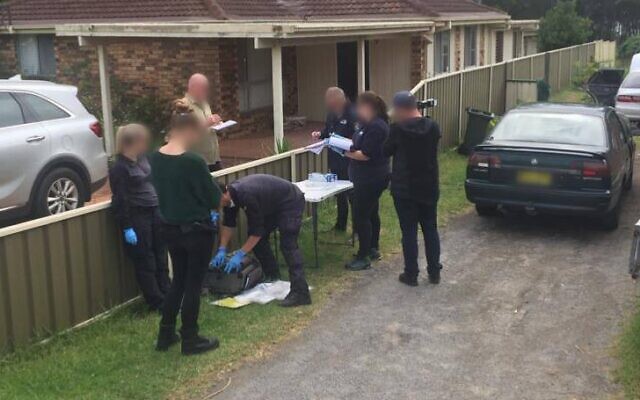 A NSW man charged on Saturday with terrorism offences was antisemitic and had neo-Nazi interests, according to police.

The 21-year-old, from Sanctuary Point on the South Coast, was arrested and charged following a NSW Joint Counter Terrorism Team (JCTT) investigation after police became aware of a number of online posts containing an extreme political and anti-government ideology.

Australian Federal Police Assistant Commissioner Counter Terrorism Scott Lee said investigators became concerned about the “escalating criminal actions” allegedly undertaken by the man in the past week and made the decision to execute search warrants on two properties “to mitigate any immediate threat, ensure the ongoing safety of the community and prevent further planning or preparations that could have resulted in a terrorist attack in Australia”.

NSW Police Force Counter Terrorism and Special Tactics Commander, Assistant Commissioner Mark Walton said, “What we know is this person had anti-government sentiment, he was antisemitic, he has neoNazi interests and anti-indigenous interests.”

He added, “That online environment is a petri dish of hate in our community. If you see something online, report it. Be aware of the online activities of your children. There is no place for violent extremism in our community and we need to continue to unite in condemning this behaviour.”

“AIJAC is acutely aware of the presence of violent and hateful extreme-right individuals in Australia,” he said.

“Terrorism has many forms. While we have become accustomed to hearing about Islamist terrorist plots, the resurgence of far-right terrorism in Australia is a very worrying development.

“Of particular concern is that this man came to the attention of police over his online activity … When these ugly online posts turn into violence, or planned violence, there is a cause for real alarm.”

He said it was “especially shocking” that the timing of the arrest coincided with the first anniversary of the Christchurch mosque massacre.