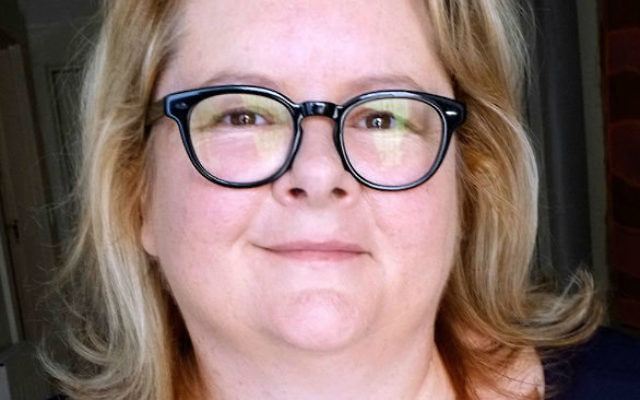 ACTRESS Magda Szubanski will tell harrowing and inspiring tales of her family’s plight during World War II when she addresses a Courage to Care function next week.

Szubanski has recently released Reckoning, a memoir which, among other things, reveals her father Peter’s involvement in World War II as a Polish Resistance fighter.

Standing up to Nazi collaborators, he helped save many lives, Jewish and otherwise.

“He told me that he was given the nickname of ‘Jew lover’ because he had a lot of Jewish friends,” Szubanski told The AJN.

“But his family had always had Jewish friends. To them it didn’t matter. It wasn’t an issue if you were Jewish or not, or Catholic. They were just your friends.”

To this end, Szubanski’s grandparents hid Jewish people in their home in Poland, risking their lives to do so.

“They didn’t really think terribly much about it. To them it was part of their patriotism actually, and their form of resisting the Nazis,” she noted.

At just 15, when the Germans arrived in Warsaw, Peter started what he called a “private army” – a band of teenagers who created trouble for the Nazis.

Andrew Havas, chairman of Courage to Care NSW, said it would be an honour to host Szubanski.

“Her own personal journey and her father’s incredible courage as a Polish Resistance fighter, standing up to the Nazi collaborators and thereby saving not only many Jewish lives but those of other victims, reflects the fundamental message of Courage to Care,” he said.

In Reckoning, Szubanski describes her journey of self-discovery from a suburban childhood, haunted by the demons of her father’s wartime ­activities to the complex dramas of adulthood and her need to find out the truth about herself and her family.

Known primarily for her comedic roles, she said writing this book was vastly different to anything she’s ever done.

“I think it’s really important to honour the courage and altruism of my family, that those stories continue to be told, and we try and understand where that courage comes from,” she said.

Lunch with Magda Szubanski, in conversation with author Joanne Fedler, is on Wednesday, November 18, 12-2pm, 22 Yurong Street, East Sydney. For more information or to book, contact (02) 9321 6300 or email info@couragetocare.com.au.