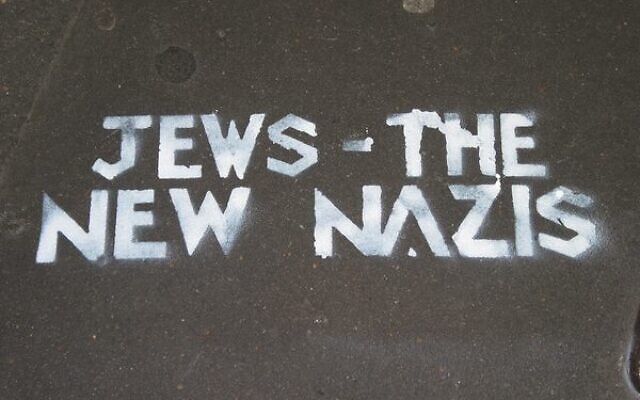 Antisemitism is increasing, according to Tel Aviv University's Worldwide Report.

The Antisemitism Worldwide Report 2021 produced by the Centre for the Study of Contemporary European Jewry at Tel Aviv University has found antisemitism skyrocketing around the world, including Australia.

Professor Uriya Shavit observed that what is really needed is the “bold and comprehensive evaluation of the efficacy of existing strategies of action”.

Over the last few years, I have seen antisemitism proliferate in ways I never would have imagined.

The global pandemic was a shot in the arm for a tsunami of deranged and bizarre conspiracy theories peddled online blaming Jews and Israel for COVID-19.

But it is the relentless propaganda efforts and delegitimisation of Israel that is taking centre stage.

Today’s most powerful expression of antisemitism is anti-Zionism. In this virtue-signalling universe, Jews should not have a homeland, Zionism has become the equivalent of Nazism, and Israel is guilty of genocide.

Being anti-Israel functions both as neat way to be labelled a progressive and as a convenient cover to throw Jews under the bus.

Many are falling prey to this deception, including some in our community, and this steady diet of lies is brainwashing a whole generation of Gen Z and millennials into buying into the canard that Israelis and anyone who loves “apartheid” Israel are evil white supremacists.

The complex Israeli-Palestinian conflict is presented as a one-side moral issue with Israelis cast as the oppressive colonial villains who are enslaving and ethnic-cleansing the Palestinians.

But if you regularly vilify one group, you are giving to others the green light to intimidate a classmate, deface a synagogue, send ugly texts, smear them on social media, shout obscenities, or worse.

The shameful vote by the University of Melbourne Student Union last week has demonstrated that the rapid growth of this cancer has been normalised.

I have been asked, “What kind of people could vote for such libels?”

We cannot allow anyone to tell us what antisemitism is, or what kind of Judaism or Jewish identity is acceptable.

One young woman told me that she does not feel welcome on campus because she’s too scared to be denigrated and dehumanised as a racist if she mentions Israel.

A 2022 poll by the American Jewish Committee found that one in four Jewish Americans aged 25-40 are hiding their identity because of the anti-Israel climate sweeping through the country.

In 1899, Emile Durkheim, wrote a short essay called “Antisemitism and Social Crisis” in which he argued that antisemitism serves as a useful index of the health of society.

Our society is not healthy. The restraints that govern people’s behaviour towards the Jewish community are rapidly falling away.

Not a day passes without multiple reports of incidents, be it swastika vandalism, abuse on the streets, threatening phone calls, harassment on social media, bullying at schools or in the workplace.

People are afraid. I see the pain in the eyes of parents whose child has been victimised and slurred in class simply for being Jewish. I have spoken to those who wear a kippah and who said that their hearts beat faster when they hear footsteps behind them on the street.

There are no shortcuts or a silver bullet to tackle this rising tide. Above all, we must never be silent or passive or underplay the severity of this problem. We need to call out the noxious and dangerous ideology of anti-Zionism and to hold its advocates accountable for the harm they are causing.

We must urge schools, universities, companies and state governments to adopt the IHRA definition.

We must put forward a compelling case that those who malign Jews are also xenophobic, Islamophobic, homophobic and intolerant.

We must increase anti-bias and Holocaust education in schools and workplaces to educate the next generation about the consequences of hate.

We need to create our own informational content to paint the full and true picture of Israel as an open, multicultural democracy and a haven for Jews around the world.

And we must continue to stand shoulder to shoulder with our friends and neighbours and stand up for minorities who are targeted because they are different. And remind them that the fight against antisemitism is “our fight” and that we are all in this together.

This is a battle we cannot afford to lose.

Dvir Abramovich is chairman of the Anti-Defamation Commission.